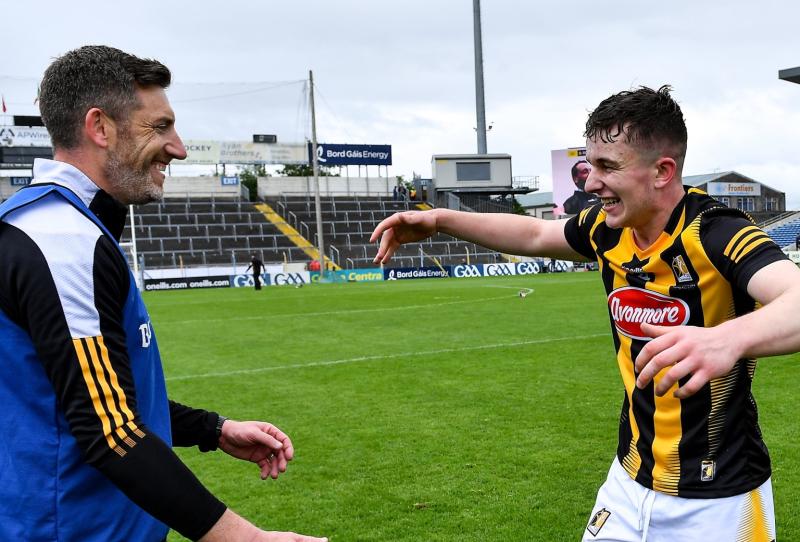 There was jubilant scenes at the end of Sunday’s All-Ireland Under 20 final after Kilkenny claimed a one-point victory over Limerick.

It was a first win at the grade since 2008 for the Cats and Kilkenny boss Derek Lyng was delighted for the team.

“It’s a fantastic feeling and I knew we had a very good chance but I also knew we were going to make it a battle and we did.

“We got some brilliant scores ourselves and at times we probably left a few scores behind us but we just made it a battle out there and to a man I thought the players were outstanding and they deserved it.”

Despite it being the first national crown at any grade since 2015, Lyng acknowledged the work that is being undertaken throughout the county at underage level.

“It feels great and at the minute. It’s just about this game and winning the All-Ireland but a huge amount of work is undertaken at underage and it doesn’t always necessarily work out or that you win everything you enter.

“There is a huge amount of work going on in Kilkenny and the future is really good,” he added.

“I’m the manager and I’m taking it all on but there’s loads of people in the background who have been fantastic and credit must go to the work that has gone on previously as well as the players’ clubs.

“They are an outstanding group and I’m thrilled for them.”

Asked if this can be the catalyst for a Kilkenny revival, the Emeralds man admitted that the future looks bright for the black and amber.

“The reality of it is you are not entitled to anything and we have had great success and probably in Kilkenny we demand a lot as we expect to win things.

“Pressure comes with that but at the same time you can’t be expected to win every year and while you try to do that you still have to put the work in.

“It hasn’t worked for us at underage as we haven’t won anything in a while, but that doesn’t mean we haven’t put the work in and a lot of lads have developed into good senior players,” he added.

“This is a really good bunch of players and a lot of them are underage again next year and even some the year after. Hopefully they can drive on and become senior players for Kilkenny because ultimately that’s what we want.”

Lyng was thrilled for the players who have suffered a lot of setback in the last few years including losing a Leinster and All-Ireland final at minor level three years ago.

“I’m delighted for the lads as the hunger was there and we really pushed them throughout the year and their application and attitude has been outstanding.

“Everything we asked they gave more and again today they were just brave and went at it, it was a gutsy performance and we kept going.

“We showed that all the way through and I’m just thrilled for them.”