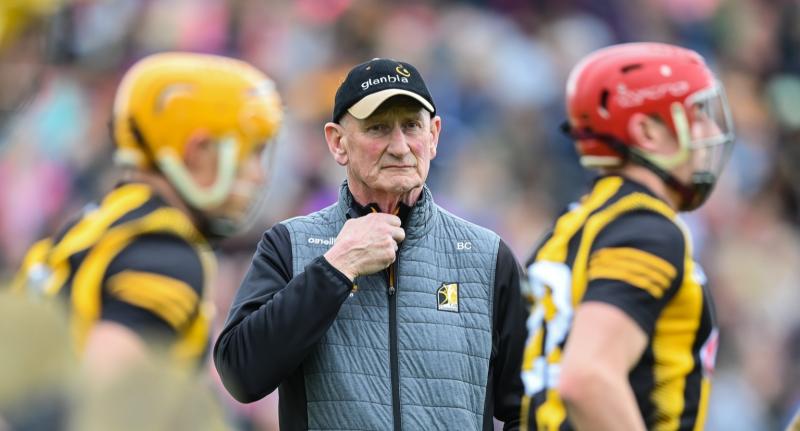 Kilkenny suffered their second defeat of the Leinster Championship when a fired up Wexford side blitzed the Cats.

Kilkenny boss Brian Cody knew what they were facing but admits they came up second best.

“We knew coming into tonight that it was going to be a massive game for both teams and a big challenge for us and Wexford won the battle.

“At the end of the day hurling is a game of inches and seconds really and anything can happen.

“Four points is not a big lead at all and we could have got a goal before the end but overall it’s very difficult to argue that we deserved to win the game.”

Despite Padraig Walsh dropping to the bench, Cody praised the depth of his squad even if they didn’t get the impact of previous games.

“We have a decent panel and we are always saying that and there is a great similarity between many of our players but again our challenge and responsibility is to ensure that we get the right formula on the field to try and be competitive in a Leinster final,” he said.

Kilkenny made a brilliant start to the game as they went into a five point lead but Wexford’s goal before the break turned the momentum and the Cats could never really recover.

“Goals influence games massively and our goal early on gave us a bit of a cushion as we went ahead but there was still nothing in it and shortly before half-time they hit back with a goal of their own and that’s the way games pan out really.

“Again though we came back in the second half and drew level but they went ahead again and at the end of the day there was very little between the teams but as I said it’s hard to argue that we deserved to win the game.”

After a tough schedule, Kilkenny will now have two weeks to prepare for a provincial decider with an unbeaten Galway side that only defeated Brian Cody’s team a few weeks ago in Salthill

“It’s tough going playing week after week and any injuries you pick up makes things difficult, so it’s good that we get a two week break now,” the Kilkenny manager added.

“Once Saturday week comes it will be all systems go for a Leinster final and the best team will come out on top.

“We were taking part in a round-robin and obviously the results decide who goes where and we were beaten by Wexford which we are disappointed about but we are still into a Leinster final against Galway.

“We will certainly need to improve on the performance from Saturday.

“We know what we are facing in the final and we’ll have to go away now and think about it and see where we go from here.”