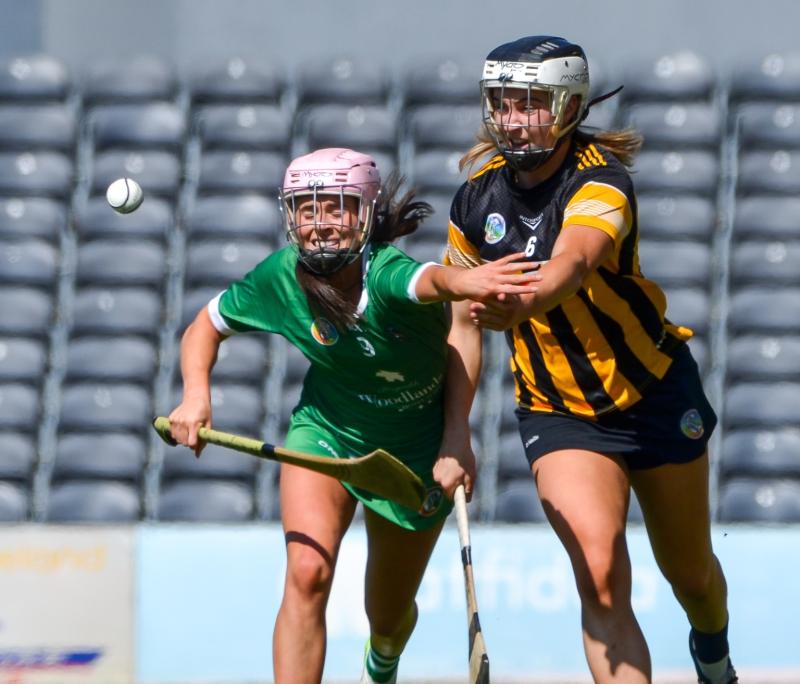 Kilkenny were in ruthless form as they blasted their way to an 18 point victory over Limerick in the Glen Dimplex All-Ireland Senior Championship in UPMC Nowlan Park.

The Cats followed up on their Round 1 victory over Down in some style with ten different players getting on the scoresheet as they proved too classy for their Munster opposition.

Denise Gaule, Katie Power, Katie Nolan and Miriam Walsh stood out in attack with Aoife Doyle getting the only goal of the game in the opening half.

Doyle didn't see out the game though after she went down with a serious looking knee injury in the second half so that will be an area of concern ahead of three further games in the round-robin series.

Kilkenny made two changes before the off with Grace Walsh and Aoife Prendergast being replaced by Miriam Bambrick and Laura Murphy and within four minutes the Cats opened the scoring with a Denise Gaule free.

It was a half that saw the home side have the aid of a slight breeze and despite hitting a few early wides, they soon doubled their tally with Katie Power finding her range from distance.

Limerick replied with a Caoimhe Costello point in the 8th minute but like against Galway a week previous, the visitors struggled for long periods and that proved to be their only score of the first half.

As a result Brian Dowling's Kilkenny team scored 1-9 without reply over the following 20 minutes of action as they took a stranglehold on the round 2 clash.

The scoring spree all started with successive Denise Gaule frees before Mary O'Connell and recent player of the month recipient Miriam Walsh scored from play.

Gaule then knocked over a pair of points from play and with Power and Miriam Bambrick also finding their range, Kilkenny led 0-11 to 0-1.

As well as a functioning attack, Kilkenny were very tight at the back in the opening period as they shut down any possibility of an upset.

The final score of the half was a big one as Piltown ace Aoife Doyle took advantage of a mistake from Teresa Dore and slotted home the opening goal of the game in first half stoppage time.

Andy Larkin blew his whistle for the end of the half shortly afterwards as Kilkenny went into the break with a 1-11 to 0-1 lead.

Kilkenny continued their dominance at the start of the second half with Katie Nolan pushing the lead out to 14 before Aoife Doyle went down with injury.

That setback didn't offset the Cats though and after Denise Gaule saw a shot rattle off the crossbar, herself, Julieann Malone, Miriam Walsh and Katie Nolan further added to the home side's total.

Limerick finally ended a scoreless spell of 31 minutes when Caoimhe Costello got her second point of the game and the corner forward continued to take the fight to Kilkenny with three more frees shortly afterwards.

Caoimhe Lyons was the only other player to get on the scoresheet for Limerick as Kilkenny eased clear with Malone, Gaule, Power, Laura Murphy and Steffi Fitzgerald all finding the target as Kilkenny claimed a facile 1-21 to 0-6 success.

After playing for the fifth week in a row, Kilkenny will have a week off before they make the trip north to face Antrim on Saturday, June 11.