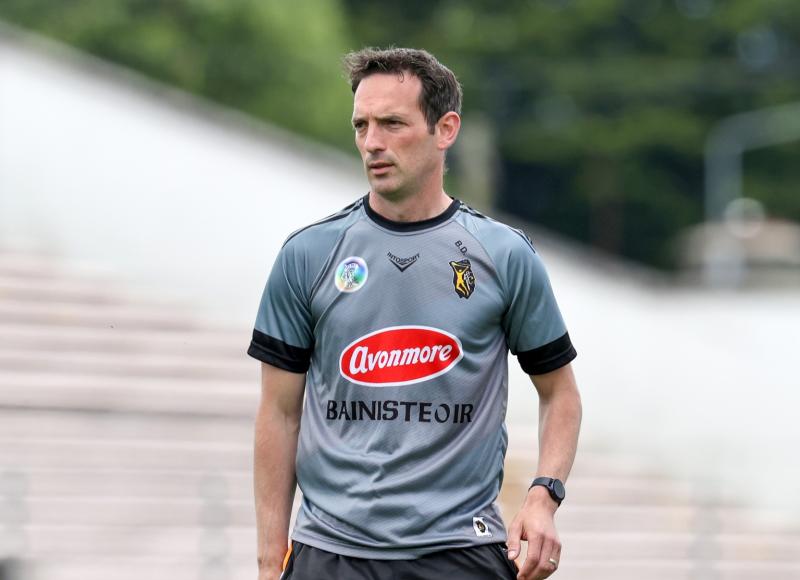 Kilkenny made it two wins from two in the Glen Dimplex All-Ireland Senior Camogie Championship last weekend after they defeated Limerick in UPMC Nowlan Park.

An opening half Aoife Doyle goal helped Brian Dowling’s team claim a 1-21 to 0-6 victory but it wasn’t all positive news after Doyle went down with a serious looking injury at the start of the second half.

The Piltown star has been a revelation in the Kilkenny team since she made her debut in 2020 and she was named player of the match in that season’s All-Ireland senior camogie final against Galway with her four point tally helping the Cats to a first All-Ireland crown since 2016.

Kilkenny boss Brian Dowling has repositioned her to midfield this year and thus far the move has been working a treat so getting her back fit will be a big priority especially given that her sister Kellyann Doyle is currently sidelined with a cruciate ligament injury.

“Aoife went down with a knee injury and we aren’t too sure how bad it is,” Dowling said.

“ We are hoping it will be ok and not too serious as her sister Kellyann Doyle has had bad knee injuries in the past and we need a bit of luck as Aoife Prendergast was supposed to start the game but she had to pull out last minute.

“Laura Norris is struggling with an injury at the moment too and we need everyone available to us.”

Kilkenny’s next outing is against Antrim on Saturday week. Despite the winning margin of 18 points, the All-Ireland winning boss is keen for the team to push on in the next few games.

“We definitely weren’t conserving energy anyway and I’ve never told the girls to save energy in any game as we want to keep going right until the very end in every game we play,” he said.

“In the win over Down we had four players trying to get a hook or a block in on a player when the game had entered stoppage time and that’s what we want and we have to keep going till the final whistle.

“We have been well ahead going into the final 15 or 20 minutes in our last few games but there’s going to be a day very soon where that won’t be the case so we have to get things right.

“Last year we had loads of examples and the one I keep going back to is the game against Westmeath where we were off the pace and we were sluggish and with 15 minutes to go they were beating us.

“That’s the game we keep going back to and when things aren’t right any team can take you but in fairness to the girls you can see them growing in confidence every week and that’s what we want and they are really beginning to feel part of this now which is great to see.”