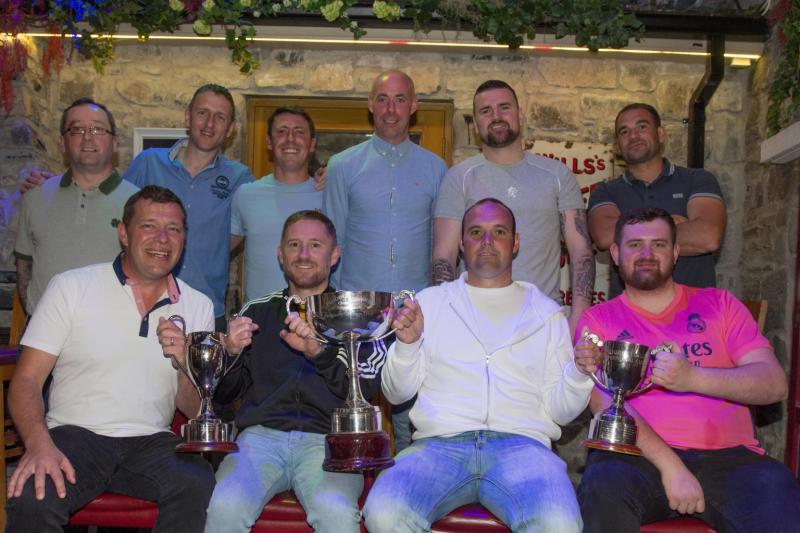 It was a glittering night as the Kilkenny Floodlit League celebrated their 21st awards night on Friday.

The ceremony, which was held in Kyteler’s Inn, saw trophies were awarded in six competitions as well as player of year awards in Divisions One and Two.

The main winners in this season’s league were Egan’s Bar who won three competitions, League Championship, Division One League and the Floodlit Cup.

A long-standing supporter of the O’Neill Centre, this season’s competition raised €5,000 for the Centre.

Director of Services at the Centre Paula Rutkins accepted the cheque and thanked Floodlit League organisers Eamon Cleere and Gerry O’Keeffe as well as all participants for their generous donation.

In its 21 years of Floodlit soccer in Kilkenny the League has donated €283,000 to the O'Neill Centre.

Trophies on the night were presented by League sponsor John Dalton of Daltons Chancellor Mills.

Preparations are already underway for next season which will start in September/October. Any team wishing to enter can get all contact details on League website www.kffl.ie.