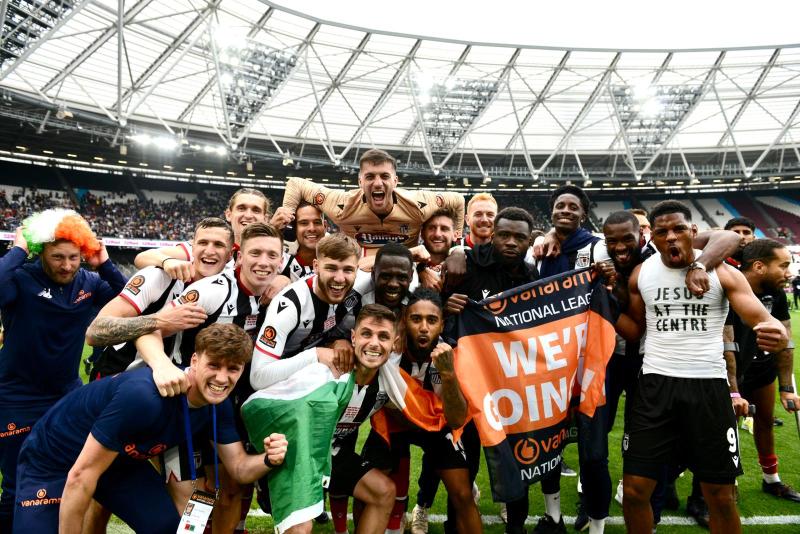 Gavin Holohan was celebrating National League Playoff  glory for the second successive season after he played his part in Grimsby Town's extra-time victory over Solihull Motors this afternoon.

The former Evergreen star tasted success with Hartlepool in 2021 and although only joining Grimsby in March, he still played a leading role in the clubs return to the English Football League.

Goals from John McAtee and Jordan Maguire-Drew secured promotion for Grimsby as they return to EFL at the first attempt.

Grimsby are the first side to finish as low as sixth to be promoted from the National League since the play-off format was restructured.

Holohan has previously played for Cork City, Waterford, Galway United and Drogheda United in the League of Ireland.