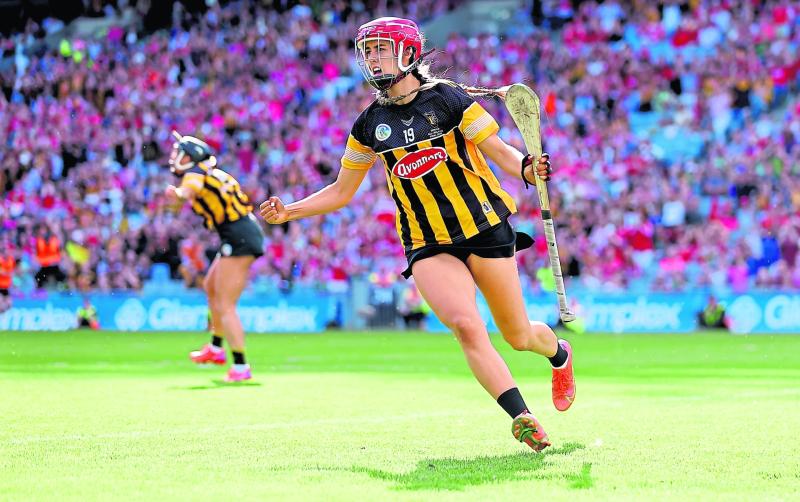 Star Player
A bit of a toss up between Miriam Walsh and Katie Nolan as both inside forwards kept Kilkenny in the game when Cork were really applying the pressure but the vote narrowly goes to Nolan who knocked over a couple of crucial frees as well as playing a starring role from play. The St Martins youngster has really flourished throughout 2022 and her final performance illustrates that. Notable mentions to Grace Walsh, Laura Murphy, Niamh Deely, Denise Gaule and the Fitzgerald sisters. Goalscorer Sophie O’Dwyer and team captain Aoife Prendergast also had a big impact off the bench.

Talking Point
This will go down as one of Kilkenny’s great All-Ireland victories. It was the Noresiders 15th success in total but none will have had as many bumps on the road as this win had. Shorn of all-star defenders in Davina Tobin, Collette Dormer and Meighan Farrell as well as the injured duo of Kellyann and Aoife Doyle, you would have been brave to predict this outcome a couple of weeks ago. Even losing a six point lead would puncture most teams but then this Kilkenny group aren’t like most teams.

Turning Point
Sophie O’Dwyer’s goal four minutes from time turned the game back in Kilkenny’s favour after it looked like Cork were going to do enough to see it out. Without the James Stephens star finding the net, Denise Gaule’s late winner wouldn’t have been possible.

Highlight
After winning an All-Ireland title with nobody present in the stadium in 2020, this felt like just reward for the Kilkenny players and management. The joyous celebrations on the field and in the dressing room will be remembered for years to come and no doubt they will continue long into the week.

Ref Watch
Ray Kelly was overseeing his third senior final and he let the game flow well and while there was one or two queries about a couple of decisions, he did ok. If Ashling Thompson had scored Cork's late chance to equalise we might be having a different discussion as the opportunity arose over a minute after the allotted stoppage time was completed.