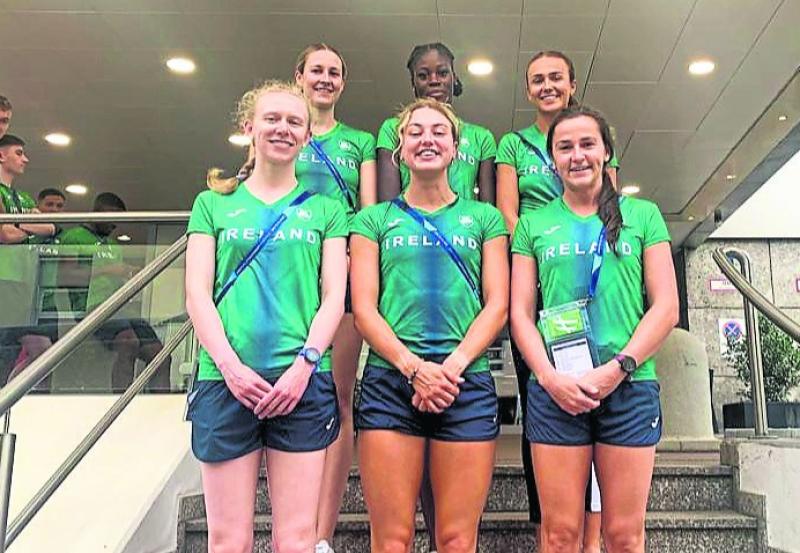 It has been another week of exhilarating athletic performances - a week where we watched Irish athletes take their place among Europe’s best.

Some went all the way to the podium, others personal bests while others moved along the path that the athletic journey has laid out for them. Ciara Mageean was superb when winning silver in the 1500m final. She tracked Laura Muir over the final 500m, with both athletes pulling away from the rest of the field. Mark English took the bronze in the 800m, a full eight years after winning his previous bronze medal.

A delighted but slightly disappointed Sarah Lavin made her first European outdoor final in the 100m hurdles, finishing fifth. This was after setting a new personal best in the semi-final. She has dipped under 13 seconds seven times this season - four of these have been in the last two outings, the World Championships and the Europeans.

“It has been eight years since my last Europeans,” said Lavin on Sunday night. “On that occasion I was the very last, 29th, with just DNF or DNS behind me.”

Again, like English it took eight years to learn from mistakes and grow as an athlete.

It was interesting to listen to Ciara Mageean in the aftermath of her heats earlier in the week. She easily qualified for the final of the 1,500m. Her fellow 1,500m athlete Sarah Healy was not afforded that luxury. Healy has been racing well all summer, turning out countless 4.02 1,500m runs across Europe. She was devastated after her 4.10 run in the heats.

Mageean’s words were full of wisdom. It is all about experience. Making the mistakes, learning from them and coming back stronger. Mageean, like Healy, was an underage prodigy, but years of injury sidelined her following her European Junior success. Then came European bronze and then more lows. Finally at the grand age of 30 it is all coming together again.

“Don’t give up,” said Mageean. “I will talk to her; I will tell her about the highs and lows and how things will turn around,” she said. Sonia O’Sullivan, a panellist with RTÉ, exerted similar wisdom when she said in the aftermath of Healy’s race. “Patience, you have to be patient.”

The Irish relay team included Cliodhna Manning (KCH) who was part of the six-member squad that travelled to Munich. On this occasion Cliodhna was a sub.

As a sub, she had to work as hard as the other girls at training. If anything happened to any one of the four athletes selected to run, Cliodhna had to be ready to slip into their place.

In many instances countries often run their subs in the preliminary rounds, choosing to rest their best athletes. The Netherlands chose to rest Femke Bol, who had already run four races and won gold in the 400m flat and 400m hurdles. Ireland could not afford such luxury. They had to run their fastest quartet in all the rounds, unable to allow those who had raced extensively to rest their tired legs.

It was the Netherlands that won the semi-finals, with Ireland second. Sophie Becker had already chosen to forgo her 400m flat race, opting to rest for the relay and give it her best shot. Becker, now with Raheny Shamrock, was a sprinting protégée who was moulded into the athlete she is by her former club St Joseph’s AC in South Kilkenny.

It was at the track in Rosbercon that the foundation for her current success was laid. The team in St Joseph’s AC should be very proud of how they have helped Sophie.

The 35 athletes who represented Ireland, including Kilkenny’s Cliodhna Manning, lifted the nation this past week. They inspired a whole host of younger athletes, inspired their peers and every Irish person who travelled out to Munich or those who sat and watched at home.

For those whose season is now finished, they can hold their heads high knowing that they had a right to be there. They have a right to return. Roll on Rome 2024!