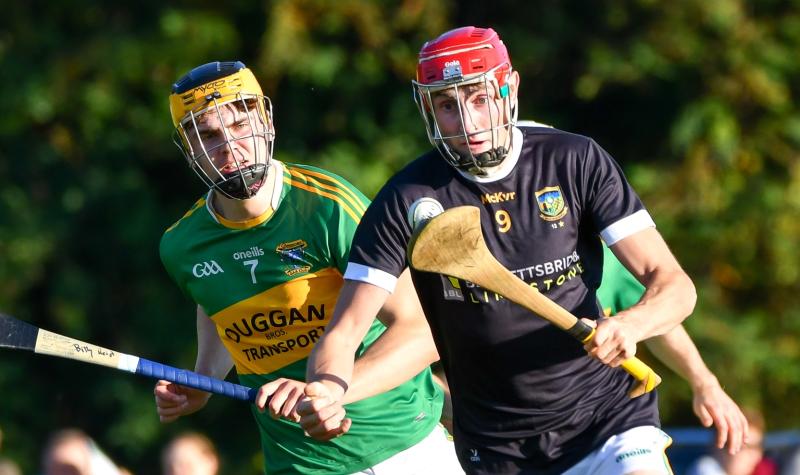 Bennettsbridge sealed their place in a second successive senior league final but not before surviving a huge scare against Glenmore in Inistioge on Friday night.

The five-point success was Bennettsbridge’s fourth league win on the trot but it was arguably their toughest test to date as they came from eight points down to claim victory.

First half goals from Ethan Phelan and Ian Byrne appeared to have Glenmore on the right track to overturn the league leaders, but Nickey Cleere and Kevin Blanchfield replied with two goals themselves - somehow there was nothing to separate the sides at the half-time break.

The second half was equally as competitive and it wasn’t until David Blanchfield converted a 49th minute penalty that the ’Bridge broke clear on the scoreboard.

Nickey Cleere got Bennettsbridge off the mark in the opening minute but they were soon rocked back on their heels when Glenmore scored 1-3 without reply as points from Alan Murphy and Eoin Murphy were followed up by a goal from Ian Byrne.

Cleere then responded with a pair of frees for the ’Bridge but Glenmore were in a rampant mood throughout the opening quarter. They soon opened up a seven-point advantage with scores from Phelan, Alan Murphy and Liam Hennessy.

Cleere has been one of the star players in Bennettsbridge’s unbeaten run and he continued to keep the defending league champions in touch.

The ’Bridge also had a chance for goal when Jamie Harkin broke forward but his effort drifted wide of the Glenmore posts. Minutes later there was a goal at the opposite end of the pitch as a brilliant team move that involved Mark Aylward, Ger Aylward and Ian Byrne eventually ended with Ethan Phelan blasting a shot to the net.

The second goal gave Glenmore a 2-8 to 0-6 lead but crucially Bennettsbridge hit back almost immediately with Kevin Blanchfield finding the bottom corner of the net after an inside ball from Conor Murphy found Nickey Cleere, who laid off to the on-running Blanchfield.

Bennettsbridge really showcased their class during this period and they scored 2-2 without reply before the break with Cleere getting the second goal in the 29th minute as the sides went into half-time deadlocked at 2-8 apiece.

The second period was intense as the first and although scores were harder to find, Glenmore still managed to get their noses back in front with points from Ger Aylward, Mark Aylward and Liam Hennessy.

Nickey Cleere’s free taking got Bennettsbridge back level before the defining moment of the game arrived when Kevin Brennan was adjudged to have been fouled in the square. David Blanchfield made no mistake in finding the net from the subsequent penalty.

That gave Bennettsbridge the confidence to kick on and Hugh O’Neill, Sean Morrissey and Nickey Cleere all scored late points to bookend the win.