TJ Reid shortlisted for PWC Hurler of the Year 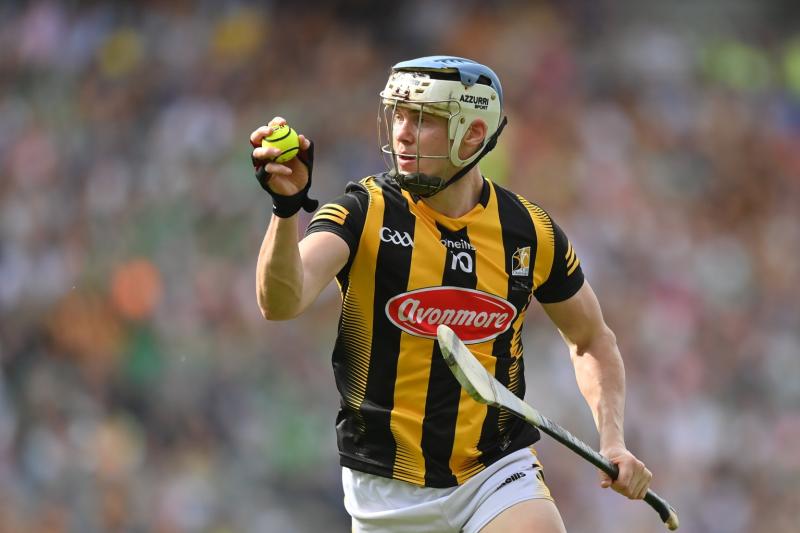 TJ Reid in action during the All-Ireland Final against Limerick in July. Pic: Sportsfile

The Kilkenny trio of TJ Reid, Eoin Cody and Mikey Butler have all been nominated for individual accolades after the announcement of the PWC all-stars.

Despite starting the championship with injury, Reid led the Kilkenny forward line as his side made the All-Ireland final in July and as a reward he is one of three players on the shortlist for the PWC Hurler of the Year.

The 34 year old is alongside Limerick defenders Barry Nash and Diarmuid Byrnes and the award will be voted on by their fellow Inter-County players.

While Nash and Byrnes will be favoured to land the prize, Reid will be looking to win the award for a second time after securing the gong at the end of Kilkenny's last All-Ireland success in 2015.

The PWC Young Hurler of the Year award will be contested by the Kilkenny pair of Mikey Butler and Eoin Cody as well as Cork's Ciaran Joyce.

Cody has won the award for the previous two seasons and he has been nominated for a third year in succession.

In contrast Mikey Butler has just completed his first season in a Kilkenny jersey but he has quickly rose to prominence with a series of impressive displays.

Reid, Cody and Butler have all been nominated for all-stars too and all the awards will be given out on Friday, October 28.