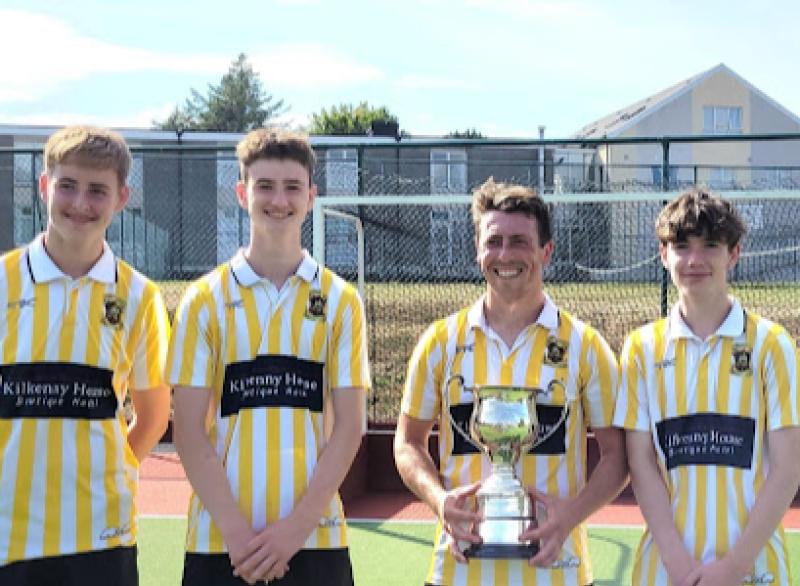 The Kilkenny men’s team made a great start to the season by winning the first piece of silverware on offer.

Possibly what was most pleasing was the return of experienced and influential players such as Alec Barrett, Simon Creane and Stu Bradley.

Their return will be vital not only on the pitch but also in guiding some of the younger players to reach their potential.

Over the two games Kilkenny scored 8 goals over while Jordan Quinn, who performed excellently, only conceded two.
The tone was set early on against Enniscorthy.

With a keen awareness that Waterford had defeated them comprehensively it was clear that nothing but a wide margin of victory would suffice.

Louis Bourke took the game by the scruff of the neck by dispatching two impressive short corners.

His attitude set the bar for the team as Kilkenny hunted and harried Enniscorthy across the pitch.

At times the match against Waterford felt like a derby match with some former Kilkenny players featuring for Waterford who were coached by Stuart Greene.

The second fixture was of much greater intensity with Waterford setting the pace early on.

Jordan Quinn marshalled his defence with confidence while Liam Richardson and Louis Bourke once more were the creative outlets.

The breakthrough came following a scorching Eddie Dore drag flick which was barely dealt with by the Waterford goalie.

Quickest to react was the dynamic Billy McEnery who swept the rebound past the marooned keeper.

The game continued to flow with neither team in the ascendancy, until Eddie Dore drove across the top of the Waterford circle.

By dragging the defence one way, he opened space on the back post for the livewire Kieron Dalton.

Dore slipped an exquisite pass that again simply needed to be touched past the helpless goalie.

This served to wake up Waterford and they quickly capitalised on sloppy defending to strike back.

With their backs up and Kilkenny shaken the game could have gone either way and Kilkenny wasted some clear cut opportunities.

With a draw being enough for Waterford to win the competition they came forward in waves and would have found an equaliser except for the mighty Quinn and the outstanding Liam Richardson.

An Eddie Dore drag flick broke to Billy McEnery who once more finished with aplomb.