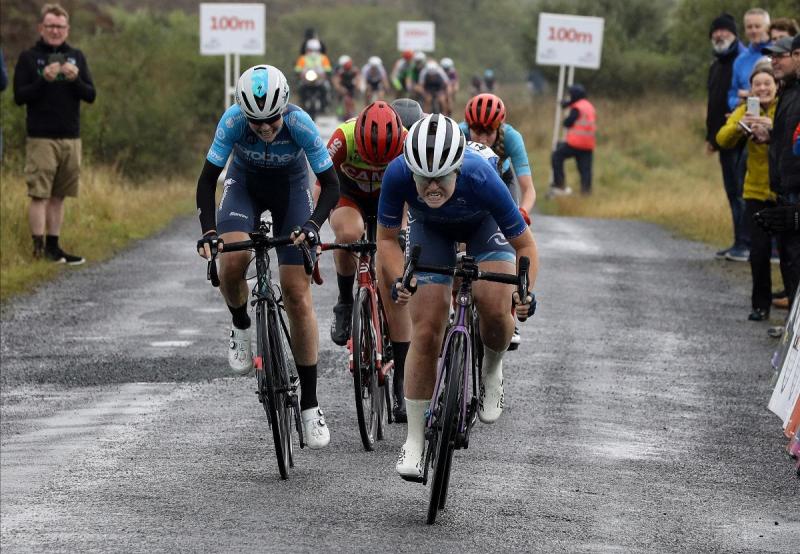 Magenta jersey wearer Van Zeelst's effort was enough to consolidate her five second lead over Richardson in the overall classification ahead of tomorrow's stage four.

The day started with a send off from Cathaoirleach Thomasina Connell outside Laois County Council offices, as riders set out a meandering route from Portlaoise towards the summit finish in the Slieve Bloom Mountains.

Team Ireland's Kelly Murphy and IBCT-RDL Team's Svenja Betz were among the early protagonists, with both making attempts to establish a gap on the peloton in advance of the first category ascent of the Wolftrap.

An alert peloton led by Cams-Basso and Pro-Noctus - Rotor - Redchilli Bikes were quick to respond however, with Murphy and Betz's endeavours joining the several mid-stage attacks to be reeled in.

The weather closed in on the approach to the Wolftrap, with a heavy downpour only giving way to dense cloud once the road started rising through the forested 8.6 kilometre long climb. 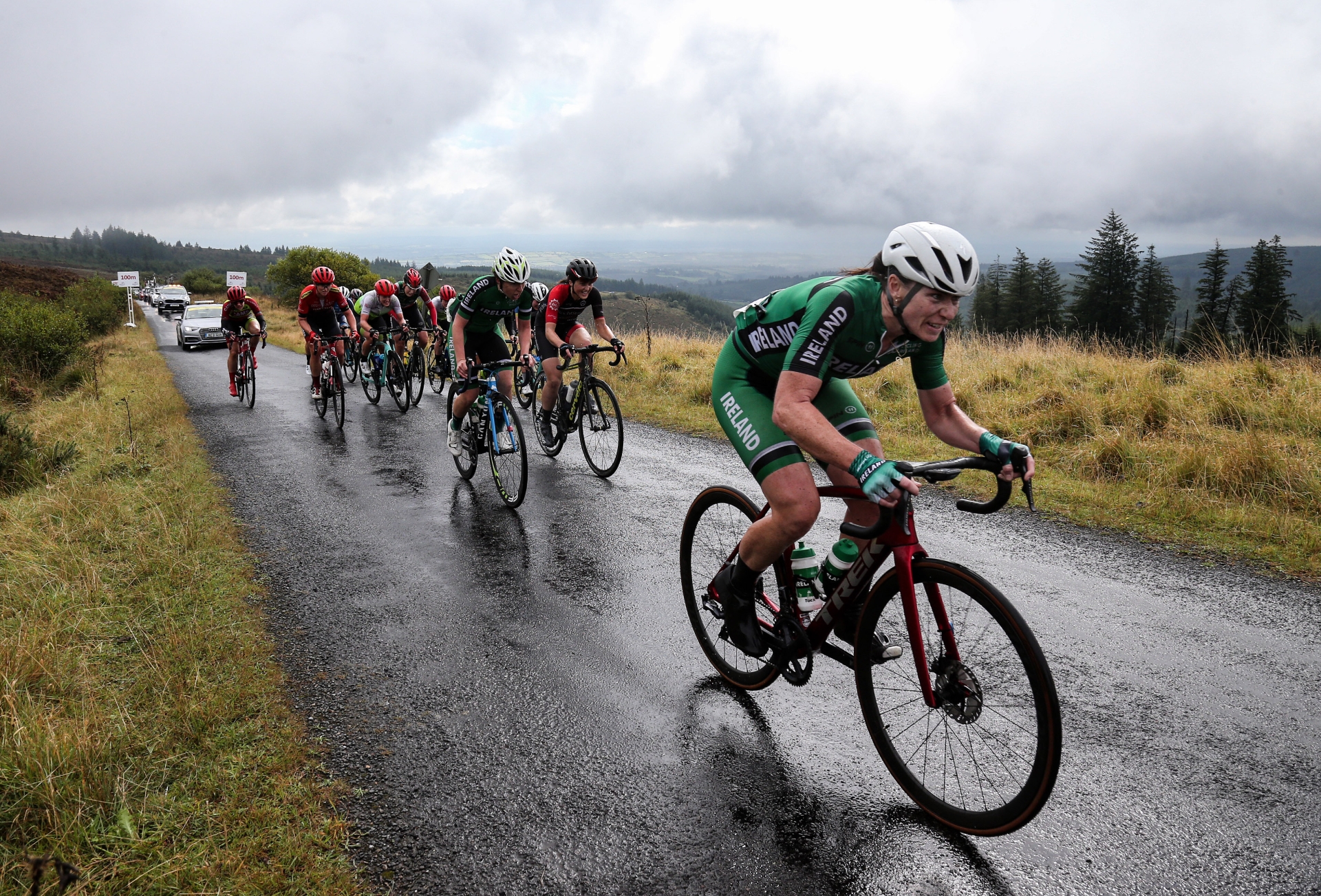 IBCT-RDL Team were again active, setting the pace on the front of the main bunch which was steadily whittled down to fewer than 20 riders by the summit. The lead group included overall leader Van Zeelst, Queen of the Mountains leader Danni Shrosbree and Points classification leader Richardson, amongst a selection of other favourites for the stage.

Cams-Basso's Shrosbree set out to defend her IVCA Wicklow 200 Queen of the Mountains classification lead, taking fourth over the top of the Wolftrap before a mechanical issue hindered her chances of further points at the the summit finish.

A fast descent to the foot of the final 4.4 kilometre ramp to The Cut briefly allowed the lead group to swell to around 25 riders, before Richardson, Morrice, Storrie, Van Zeelst and Pro-Noctis - Rotor - Redchilli Bikes' Zoe Langham broke free to contest the stage win.

A storming sprint from Richardson proved too powerful for the others in the lead group, with the Scottish rider holding on to take a well-deserved stage win.

Richardson's victory was enough to extend her leads in the Sport Ireland Points and Women's Cycling Ireland Best Young Rider classifications. The maximum 12 points on offer for first over the line in the IVCA Wicklow 200 Queen of the Mountains classification was also sufficient to overhaul Shrosbree's grasp on the jersey.

A valiant defence of the magenta jersey by Van Zeelst saw her finish level on time with Richardson, who remains five seconds off the lead in second place overall.

Cycling Ulster's Amelia Tyler recovered well to retain the lead of the Kilkenny County Council Best Irish Rider jersey, after being caught behind a crash just before the Wolftrap climb.

The riders take on another challenging route on tomorrow's stage four, starting in Kilkenny City before heading to Piltown for two finishing circuits, both of which feature the testing category two climb of Templeorum.