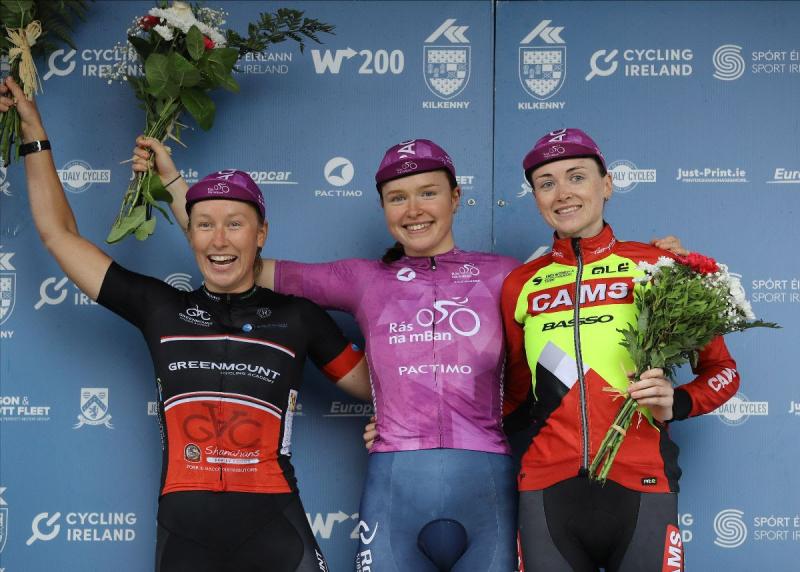 Alba Development Road Team's Kate Richardson overcame late drama to secure overall victory at Rás na mBan in Kilkenny City this afternoon. The Scottish rider was caught up in a crash on the wet roads with six laps to go, resulting in a mechanical and two bike changes before she was able to re-join the main bunch on the following lap.

Richardson recovered well to finish ninth on the stage, one place ahead of nearest overall challenger Lieke van Zeelst of The Netherlands.

Both contenders finished together in the main bunch, who came in three seconds after stage winner Maddie Leech of Cams-Basso. The British rider’s final kilometre attack was enough take a deserved stage win ahead of a peloton led home by Team LDN – Brother UK duo Lucy Lee and Tiffany Keep.

Van Zeelst, guest riding for Greenmount Cycling Academy, held a five second advantage over Richardson in the Overall Classification going into this morning’s stage five time trial. The stage took place in miserable conditions with persistent heavy rain adding an additional challenge for the riders on the technical 2.5 kilometre course.

Richardson put in a storming performance to take a second win of this year’s Rás na mBan, following her stage three victory to The Cut.

Van Zeelst fought valiantly to cross the line just 5.13 seconds down on Richardson’s time, meaning the two riders ended up on the same time overall, but the additional 0.13 second gained was enough to propel the Scot into the leader’s magenta jersey.

The rain clouds passed just in time for the afternoon’s final stage six, but the still wet city centre roads led to several crashes in the hectic criterium race.

Richardson was one of several riders caught up in the drama, with Team Ireland’s Lara Gillespie also coming down in the same incident. Gillespie remounted quickly, and was able to regain contact with the peloton within half a lap thanks to huge efforts by teammates Eve McCrystal and Kelly Murphy, who paced the double stage winner safely back into position.

The magenta jersey wearer initially took a teammate’s bike after her own suffered a mechanical in the impact, before an Alba Development Team helper was able to swap Richardson onto her spare bike.

In accordance with the rules for criteriums, riders disadvantaged by crashes or mechanicals are able to take a lap out and re-join the group they were in when the incident occurred, which Richardson was able to avail of just before the start of the fifth remaining lap. 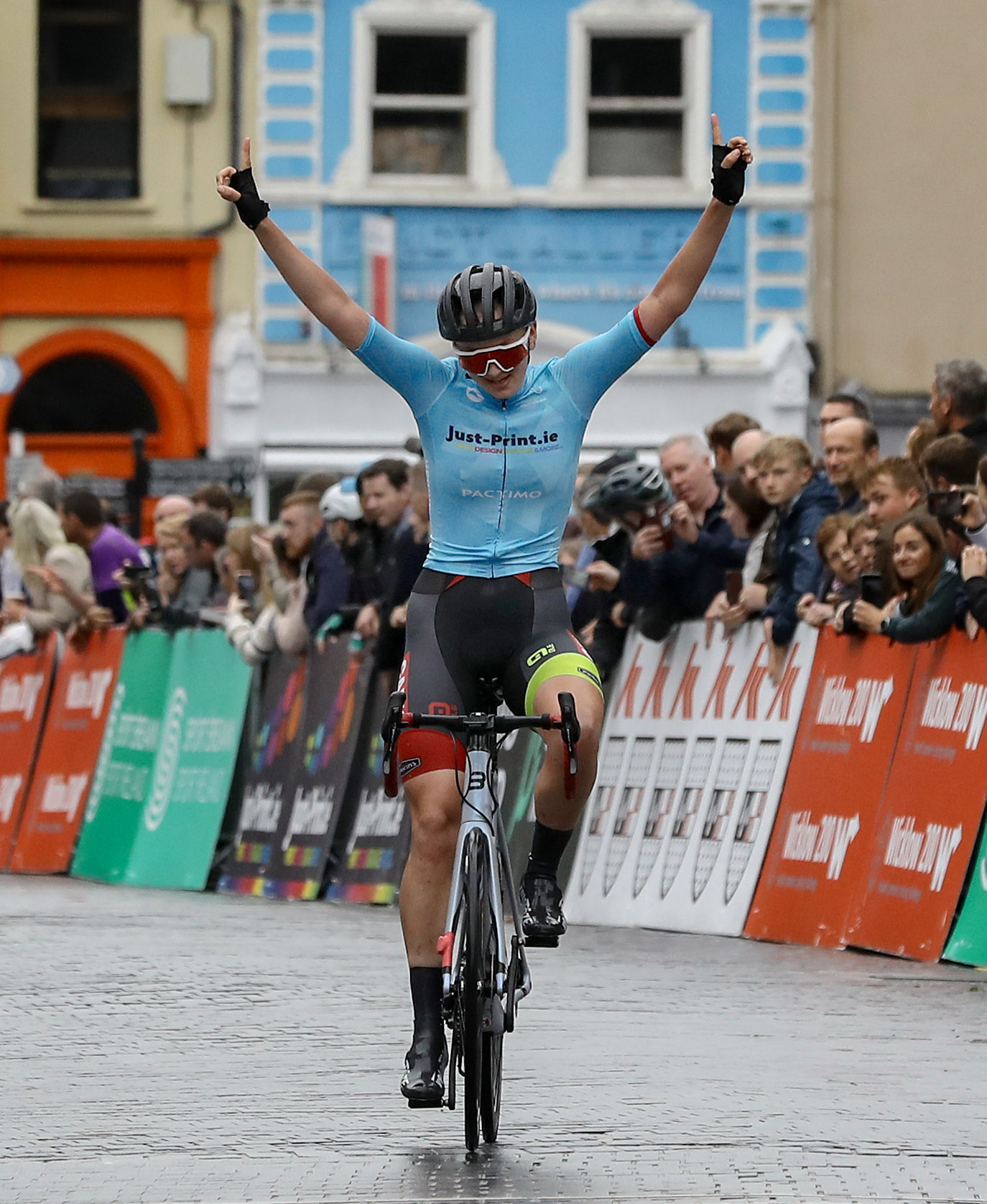 Madeleine Leech of the Cams Basso Team raises her arms in victory after winning the sixth stage of the Rás PICTURE: LORRAINE O'SULLIVAN

Late solo attacks for stage glory by LUX-CTS p/b Specialized duo Caitlyn Conyers and Claire Windsor, were both shut down as teams looked to set up a sprint for their fast finishers. Cams-Basso’s Maddie Leech had other ideas however, launching a perfectly timed attack inside the last kilometre to establishing a small but insurmountable advantage over the main bunch.

It was a deserved result for Leech, who finally took a stage win after podium finishes on stages four and five.

Cycling Ulster’s Amelia Tyler continued her breakthrough performance at this level to secure the Kilkenny County Council Best Irish Rider classification, after a strong week for the former triathlete.

Tyler would return to the podium with her Cycling Ulster teammates who finished as the Best Irish Team, with Cams-Basso taking the Best Team Overall.