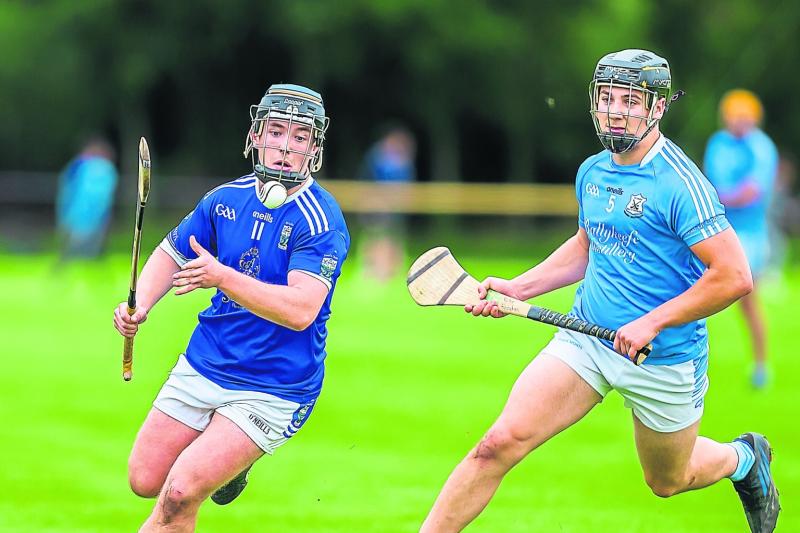 Erin’s Own eased their relegation worries as they comfortably saw off the challenge of Graigue-Ballycallan when the sides met in Páirc Lachtain Freshford on Sunday.

The exchanges were close in the opening 10 minutes after Billy Ryan (GBC) and Darragh Brennan (EO) landed early points for their respective teams, but thereafter the Castlecomer men dominated.

A feature of the game was some quality line ball taking from Billy Ryan and Jack Buggy which saw the sliotar sail between the posts on several occasions.

Erin’s Own built the foundation for this victory on an outstanding half-back line with wing backs James Brennan and Conor McMahon providing great support to Ciaran Wallace in the central position.

Graigue-Ballycallan worked hard, but the more eager ’Comer men were regularly first to the ball, showing an excellent first touch and team play which were key to engineering many of their scores.

Although Erin’s Own were the dominant side in the opening half, they never displayed that superiority on the scoreboard, leading by just three points (0-10 to 0-7) at the interval.

The well-drilled ’Comer men were getting their scores that little bit easier than their opponents with Stephen Daly from the wing and Eoin Brennan adding a brace of points for the winners before the interval.

A point from a free for Graigue-Ballycallan from Sean Ryan brought the margin back to two points right at the start of the second half.

The clock read nine minutes into the second half at that stage and from there to the finish Erin’s Own dominated, holding their opponents to just two points for the remaining 20 plus minutes and both of those scores came from Sean Ryan frees.

Erin’s Own consistently kept the scoreboard operator busy as Conor McMahon, Jack Buggy and Eoin Brennan landed further points in the second half.

The ’Comer men finished well scoring 1-3 with reply with two of their subs, Jamie Holohan and Shane Coogan impressing when introduced.

Coogan landed a fine point from out on the wing with Holohan gaining possession and running 35 metres to score the game’s only goal on the cusp of full time to give his side a 12-point winning margin.