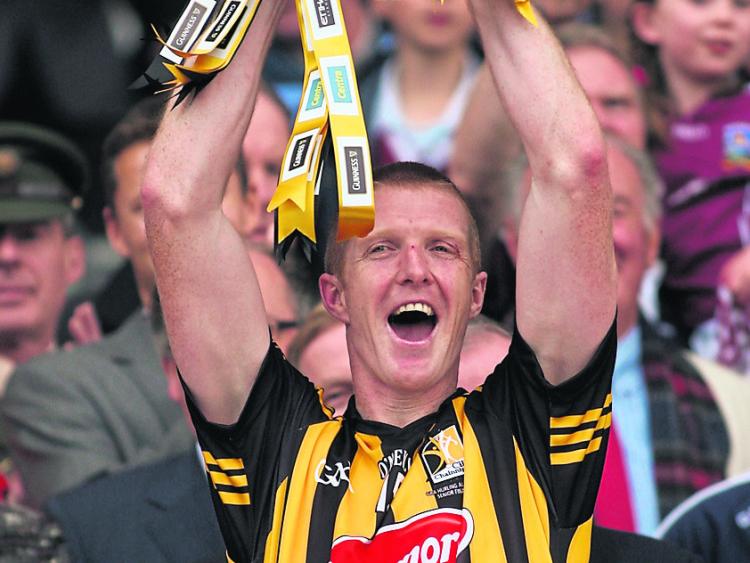 Henry Shefflin with the Liam MacCarthy

It was a rescue act like few ever witnessed in the game.
Like a boxer taking a bit of a pasting in the ring, Kilkenny were battered by Galway during the opening half of the 2012 All-Ireland senior hurling final.
The interval deficit of 0-7 to 1-9 didn't reflect the story at all. Two points scored during the opening 18 minutes reflected Kilkenny's troubles more accurately as Leinster champions, Galway hurled like demons.

And then Henry Shefflin exploded into life in the second half.
He literally took the game by the scruff of the neck; launched a supreme one man rescue operation.
The Ballyhale Shamrocks man put his name all over a game that eventually ended level (2-13 to 0-19).
It took a late point from a free by Joe Canning to save Galway and draw the first senior final since 1959.
Shefflin, a colleague once said, was the size of two men that day. When defenders looked up the field they could see him, apparently 10 feet tall, and they drilled everything towards him.
They knew he was on fire. They looked to him to lead. They let him lead.
Shefflin had missed a lot of the season because of a shoulder injury. He was as fresh as a daisy when he arrived in Croke Park, and he simply let rip.
He was in the zone. He turned the magic of a youngboy playing in his back garden creating wondrous moves and scores into reality on the field.
Without the magnificence of Shefflin that day there would have been no 9th All-Ireland medal; no 10th either.