Time for a Laugh with Eric Lalor 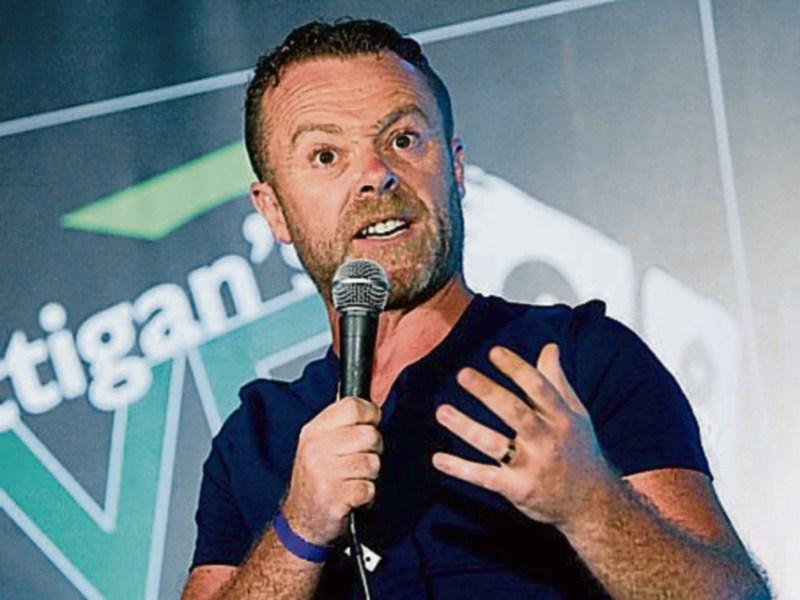 After ten years it’s fair to say that Eamon Lalor has become a regular on our tv screens as well as on the comedy circuit. He is an old hand at “The Cat Laughs Festival” (this is his 8 time to take part appear in the festival) “It’s the largest comedy show in Ireland and I’m honoured to be invited to take part I really am” the modest stand-up said when I spoke to him earlier this week. ”With Edinburgh comedy festival you can just turn up you know? But in “The Cat Laughs” you have to be invited to take part so it’s a real honour to be asked. There’s a really good atmosphere” The Cat Laughs Festival” which takes part in Kilkenny from 2 June – 6 can be traced all the way back to 1995 “It’s a really great vibe” he said “the kids love Kilkenny I couldn’t make it last year unfortunately and when it got to June bank holiday weekend I was like “Oh I really miss it so it’s really great to be here this year” Where does he get his ideas from? I wondered “I draw a lot on everyday life and experiences” he told me “as regards practising for the upcoming gig “The Cat Laughs” is a show case where you perform your best stuff and I’m working on it all the time really I’m getting recognized a lot these days as Cathal you know? so I’ve worked that into my shows as well and it’s very well received”

Although stand-up comedy remains his first love. He’s enjoying his time in “Fair city” immensely “To go on the “Fair city” set was pretty nerve wrecking. Fair City is an institution in Ireland, it’s been going for the last 25 years. I was really nervous you know? I was blown away by how nice and welcoming everyone was. it’s really weird some people find it hard distinguishing between soap life and real life” he tells me” I was in Santry a little while ago and a man walks over to me “S’cuse me are you that Bxxxxx from Fair city?” “I am I said” he laughs “he wasn’t a bit impressed with me. I did my best to explain that I’m an actor and am just doing my job but he was having none of it.

When he answered an ad by chance in Ballymun shopping centre he never realised how it would change his life. Thinking he was going along to a comedy workshop Eamon was surprised to find himself before Des Bishop who, suitably impressed by the Ballymun man picked him to be on his show ”Joy in the Hood”.

This led to him quitting his job in IBM and seizing his chance to make it on the comedy circuit. “My wife was absolutely fantastic whenever I’ve had doubts she’s by my side encouraging me, egging me on I couldn’t have done it without her,” he says.

At the moment he hasn’t a minute to spare, a confirmed regular on the comedy circuit who’s now cutting his teeth as an actor he also writes part time for JOE.ie

“I’m doing lots of different things at the moment and it really has been the most amazing time “he told me. It looks as though we’ll be seeing more of Cathal on our screens in the future although Eric is remaining tight lipped “I don’t actually know the story lines until I read them but he hasn’t been killed off” and with Cathal appearing in last week’s episode it looks as though we’ll be seeing more of him in the future. Eric’s appearing in The Cat laughs on 4 June in Ormonde House and 5 June in Hotel Kilkenny. For more information contact www.thecatlaughs.com or tel 056/7763837