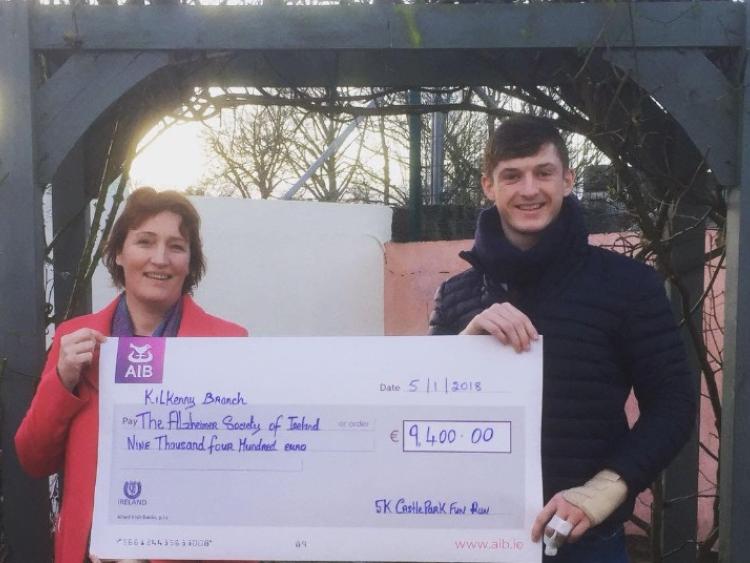 A young man whose father suffers from Alzheimer’s organised a five kilometre event to raise funds through a recent fun run/walk.
It was the second such event to be organised by Shane Mahony whose dad Mick suffers from Early Onset Alzheimer’s. The event began with registration in the Tennis Club followed by the run/walk in the Castle Park.
Over 330 people joined Shane and the Mahony family and a big crowd returned to the Tennis Club for much needed refreshments afterwards.
A total of €9,400 was raised, including online donations. This money has been donated to the Village Day Care Centre in Kilkenny which provides great care and support for people living with dementia and their families.
In organising the event, Shane not only wanted to raise funds, he also wanted to create awareness about Dementia among the community as more and more people are being diagnosed with this devastating illness each year.
Over 55,000 people live with Dementia at present in Ireland, with approximately 4,000 under the age of 65.
The Mahony family thanked everyone who helped to make the fundraiser such a success for the second year in a row.
“Thanks to all who donated so generously, to those who helped out on the day and particular thanks to the Office of Public Works and Kilkenny Tennis Club for being so supportive,” Shane Mahony said.