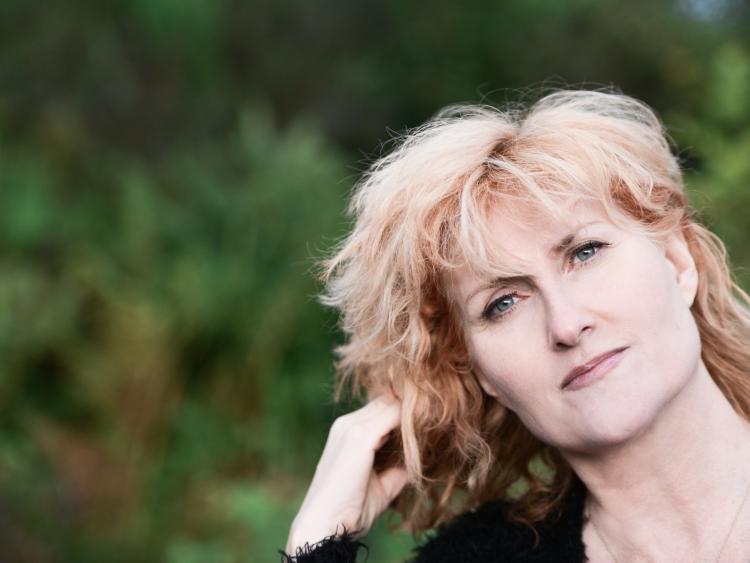 The fantastic Eddi Reader returns to Irish shores in February, with a show at the Watergate Theatre on Tuesday, February 13.
With her captivating and powerful performance, Eddi Reader has effortlessly developed into one of popular music’s most thrilling and affecting performers.
What sets Eddi apart is the depth and quality of the emotional performance and ability to move the listener and connect her experience to that of her audience.
Having first hit the limelight in the 1980s with the group Fairground Attraction (who enjoyed huge chart success with their debut No.1 single Perfect and album First of a Million Kisses), Eddi went on to collaborate on many celebrated projects throughout the years, famously harmonising with Annie Lennox while touring with the Eurythmics and paying her punk dues with a successful stint in the group Gang of Four.
However it has been Eddi’s subsequent solo albums that have cemented her image as a powerful figure in British music.
Eddi has already started recording a 10th solo album, no release date announced yet but hopefully before this tour starts. She has already performed some of the new songs in her current set.
With nine critically acclaimed solo albums, three BRIT awards, a Number One single and MBE in tow, 2016 welcomed the release of her first career spanning compilation, The Best Of, featuring material from across Eddi’s prestigious 30 year recording career.
Including 30 of her most consistently beautiful, often deeply personal and intimate songs, The Best Of gives us a generous insight into her wide ranging artistry and songwriting, time and again showcasing her knack for picking a great song and making it her own.
She has been called “a definitive musical portrait of one of the finest voices this country has produced, whether that be in folk, pop or any other genre” by Folk Radio UK.