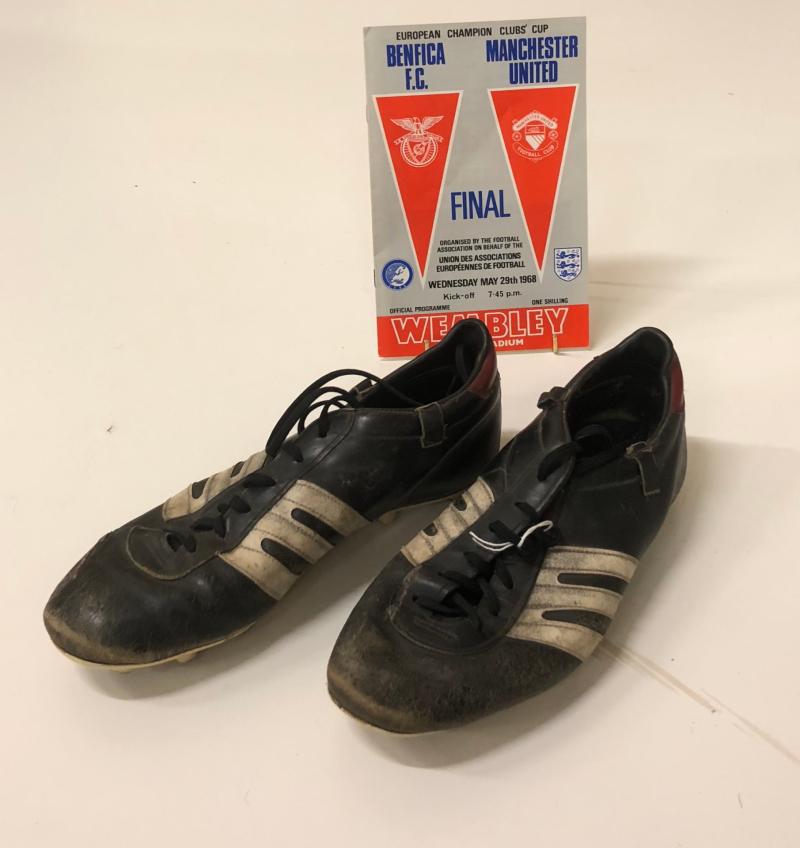 The boots worn  by the late Shay Brennan in the legendary European Cup final of 1968 were sold at auction in kilkenny this week.  Together with the official programme for the game against Benfica at Wembley, they made €700 at the Fonsie Mealy auctioneers auction in Kilkenny city.

The pair of black leather Mitre football boots, with white stripes were worn by Brennan, the right back  for Manchester United at Wembley in the European Cup final win over over Benfica in 1968. It marked the first time an English team won the supreme European title. Shay Brennan and his two
fellow Irishmen, Geoge Best and Tony Dunne played no small part in keeping Eusebio and his team
mates under wraps on that night, May 29, 1968.