And they're off!!!! Gowran Park ‘Go Racing Kids Club’ Education Day in Kilkenny 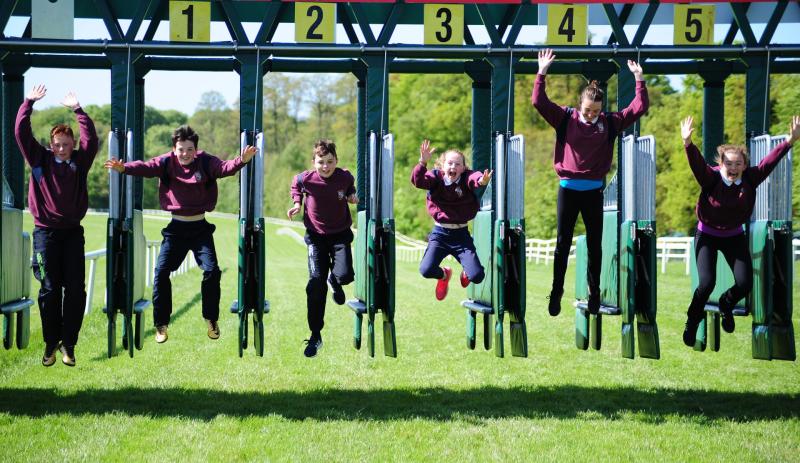 Over 200 fifth and sixth class pupils from three  primary schools in Kilkenny got to go behind-the-scenes at Gowran Park yesterday.  The pupils met with local trainer John ‘Shark’ Hanlon who introduced them to racehorse Hidden Cyclone. Jockeys David Mullins, Rachael Blackmore and former point-to-point rider Shane Prendergast gave the pupils an insight into their day-to-day routines and life in racing, and racecourse manager Eddie Scally explained how the team at Gowran Park prepare for a race day.

The objective of the HRI ‘Go Racing Kids’ Club’ initiative is to build ties between the racecourses and their local community, encouraging an affinity with racing which will hopefully produce future racegoers.