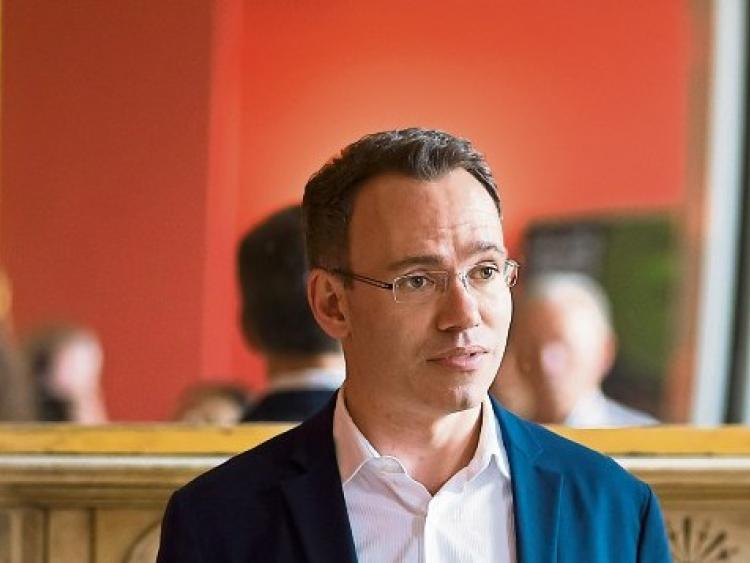 Kilkenny Arts Festival director, Eugene downes who has been such a success in the job he is leaving in August

Having introduced a broad range of innovative strands to The Kilkenny Arts Festival, copperfastening its prosperity, festival director, Eugene Downes will step down at the end of this year’s festival in August.
Highlights he put in place include the Shakespeare series in the Castle Yard, which attracted thousands of patrons.
Another is the hugely popular single composer season with Brahms the main focus this August, following Mozart and Beethoven in the preceding years.
The series of new Stephen Rea projects were phenomenally popular with people while having the Irish Concert Orchestra (IC)) as an orchestra in residence for the first time is a wonderfully successful collaboration.
And in 2018, Downes has done it again with the Festival’s first full scale opera production.
He acted as the curator of all strands of the festival since he was appointed in October 2013 and all his projects were thoughtful, new and avant garde.
The Marble City Sessions, is another one of his ideas. It is a new cross-genre series of unique musical collaborations featuring a range of artists-in-residence, hosted and co-curated by the great Irish traditional musician Martin Hayes.
Eugene served from 2007–12 as Chief Executive of Culture Ireland, creating a new model for the promotion and advancement of Irish arts worldwide, particularly theatre.
In that role he also planned and led Imagine Ireland, a year-long festival of Irish arts across the US in 2011.
From 2000–07 he acted as an international arts consultant, advising the Irish Government on strategy and curating and producing arts events across Europe, Asia and South America.
Previous experience included the Irish Foreign Service, a spell as Cultural Attaché in Russia and as a music and opera broadcaster on RTÉ Lyric FM.
After he leaves the festival, he has no intention of going back into the diplomatic service and cryptically replied when asked about his future: “I have a few plans in development.”