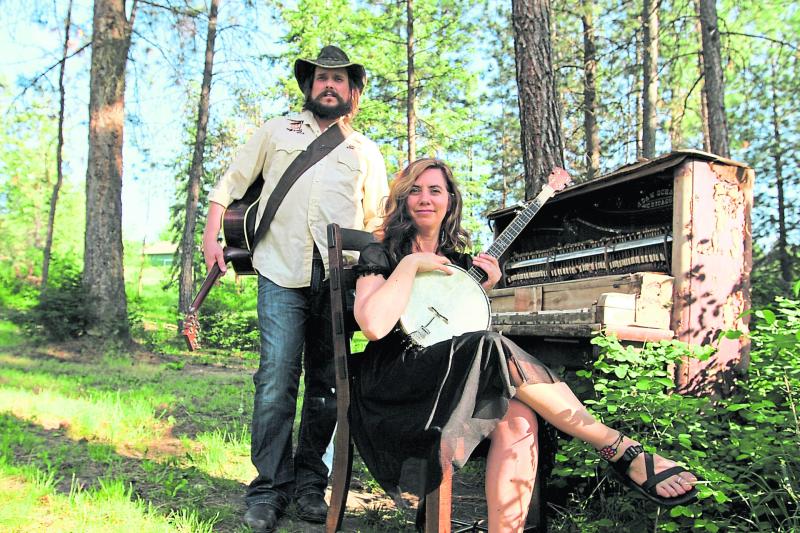 The Small Glories Roll into Kilkenny tonight (Friday) to play Cleere’s theatre on Parliament Street as part of there European tour.
This wonderful folk powerhouse pair are Cara Luft and JD Edwards, a dynamic duo planted on the Canadian Prairies.
A self-professed “study in contrasts,” Luft's folkie yin proves a perfect match for Edwards’ rocker yang. Thrown together purely by accident for an anniversary show at Winnipeg’s venerable West End Cultural Centre,
The Small Glories is a partnership that could almost make you believe in fate.
Straight out of the gate these two veteran singer/songwriters built a buzz around their tight harmonies, authenticity, visceral live performances and equally well-matched guitar prowess that doesn’t come around often.
Luft packs a mean banjo as well.
Their 2016 debut album “Wondrous Traveler” is steeped in classic song structure, delivering instantly appealing melodic Americana with first-rate playing.
The album found its way onto many critic’s Top 10 lists across North America and Europe, and The Small Glories are finding themselves on stages from Vancouver to London and beyond.
Together, Luft and Edwards are a musical tour de force, a case of 1 + 1 = 3.
Kilkenny Roots Festival favourites The Needables will play beforehand on what promises to be a memorable night.
Mind Riot on Saturday
On Saturday, there is a complete contrast from the night before with cork based line-up, Riot mind playing.
Sharing a common inspiration of 1990s hard rock and alternative music was what brought this group of family and lifelong friends together to form Mind Riot.
Based out of Long Branch, New Jersey the power of this band live is something one must experience in person.
Mike Rainone’s soaring vocals, trading off guitar solo’s with Brian Moyes and a pounding rhythm section created by bassist Skip Byrnes and drummer Dan Rainone, leave you feeling like this is what the industry is missing. Real passion.
find out for yourself on Saturday and to book either gig just ring Cleere’s or get in touch with Rollercoaster Records on Kieran Street.