Kilkenny's Alternative Arts Fringe Festival is bigger than ever 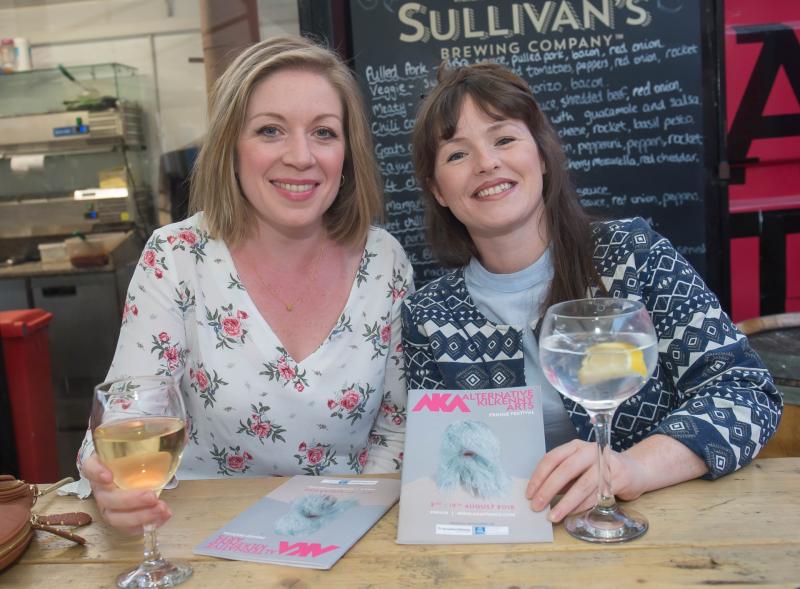 Deirdre O'Reilly and Caroline Ryan at the launch of the AKA Fringe Festival PICTURE: PAT MOORE

The Alternative Kilkenny Arts Fringe Festival (AKA) has had its launch and a buzz has been created ahead of the August roll-out.

The event, which runs along the Kilkenny Arts Festival, is very much a stand-alone offering in itself with so much going on. And, with this being the fourth outing for the crew, it looks set to be bigger and better than ever.

Its unveiling party kicked off last Wednesday in Fennelly’s of Callan before moving onto Sullivan’s Taproom in Kilkenny City with the venues between them boasting live music, musings and lots of conversation.

The AKA Fringe Festival has been launched with a huge programme of visual art, poetry, literature, music and craft. Check it out! https://t.co/0lbF9zGZVn

Creatives living locally lent their talents to the evening with all excited to see the work of others on display later this year.

Everything from poetry to podcasts, exhibitions to exhilarating theatre, AKA has it all. Already there are over 100 events set to take place between August 2- 19, and more are expected to be added to the official programme’s social media platforms so keep an eye on akafringe.com as well as local media for details.

There was excitement too for the spread which will be available across the county as well as in the city and as part of that details of the Thomastown Creative Arts Festival were also revealed. That event runs from August 9 - 19 at various outlets in the town.