First week of August is start of festival heaven in Kilkenny

Lots going on locally in music and entertainment 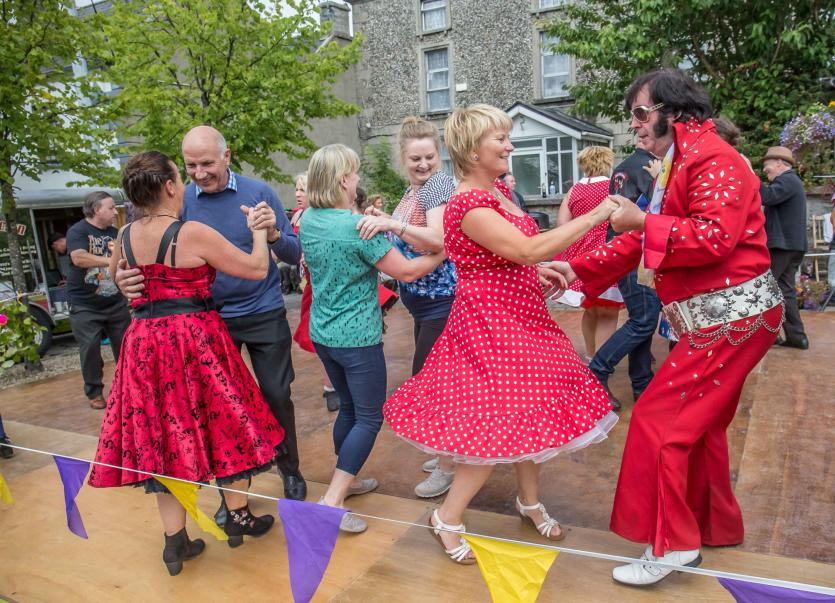 August is here and so too is even more of a variety of live music in all its offerings.

As well as the line-up from the Alternative Kilkenny Arts Fringe Festival (see below) there’s lots going on in most of the venues locally with action every night in some shape or form.

Thursday’s Sofa Sessions get underway at 9pm, this week boasting an appearance from Shy Mascot in the garden where jazz, funk and hip hop will be blended by the quintet.

Kilkenny RustFest runs at Hackett’s Bar from 1pm on Friday. Focusing on the music of Neil Young the day includes an open mic, BBQ, SOFA area lounge & chill out with tribute act Harvest kicking off the main music from 8pm. Expect the eight-piece to play an array of tracks from the legendary Canadian singer, songwriter and musician.

One of Oxford’s leading chamber outfits has a local gig from 4.30pm. Vox Choir, which was formed about four years ago, will showcase its sound at St Canice’s Cathedral.

Following the regular trad and ballad at Matt the Miller’s Urlingford band The Domino Effect take up the baton before a DJ takes over for the night.
The Home Rule Club has its monthly First Friday Session with Lisa O’Leary, Michael Perigo and guests.

The Kilmoganny Music Festival kicks off on Saturday at 7.30pm. Dunphy’s Lounge hosts the village’s two-day session, starting with a BBQ and live music from The Kilkennys. The Melon Chords play the bar at the Home Rule Club.

There’s music and dancing with rising country music queen Cliona Hagan at the Rhu Glenn Hotel in Slieverue from 9pm.
Raindogs are at Hackett’s Bar with music from Bob Dylan, John Martyn, Elvis Costello, Morrissey, The Waterboys and more. Comprising a range of local legends, this is a must-see session for which kick off is at 10pm.

At the same time in Thomastown, Red Door Music and Arts at the Bridgebrook Arms hosts Mufasa.
Sunday sees local outfit The Hujas play Kyteler’s Inn from 6pm. Catch the talented trio in the beer garden for lots of tunes.

The Kilmoganny Music Festival continues at Dunphy’s Lounge from 7pm. Activities there for the night start with comedy show Who Shot The Sheriff and activities include a BBQ after which showband The Indians will perform. Tickets cost €15 each night or €25 for both.

Monday’s main party is at Matt the Millers for After Dark and DJ antics.

Tuesday ticks over with Bold as Brass taking over Victor’s Bar and Restaurant at the Club House Hotel from 9pm.

See our gig guide and entertainment pages for more and make sure to check out outlets close to you too.