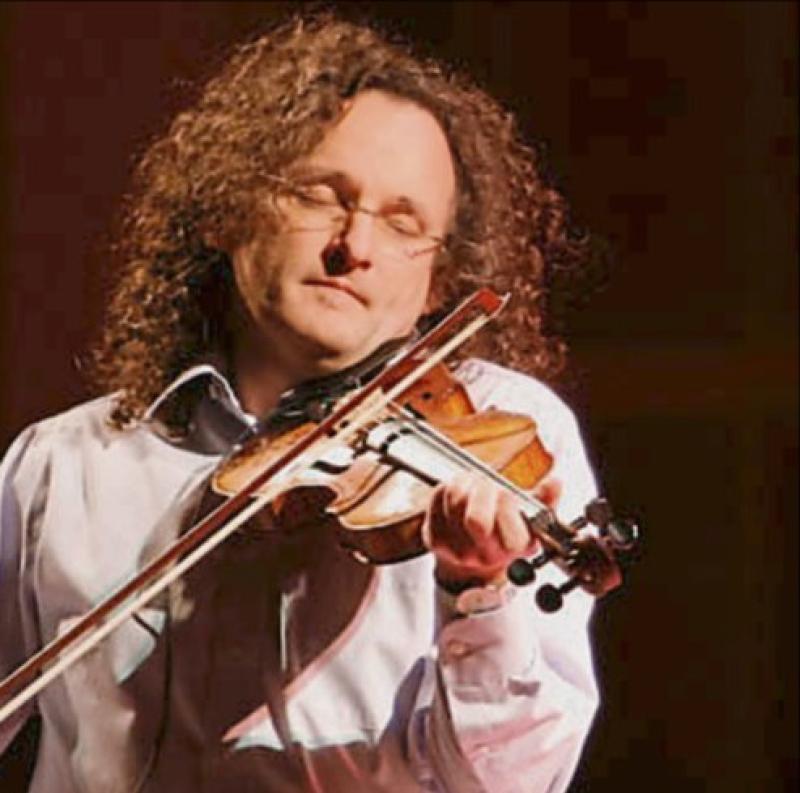 Martin Hayes, who will perform during the Marble City Sessions

This August, audiences have the opportunity to encounter extraordinary artists and unique collaborations in the Marble City Sessions which will take place as part of Kilkenny Arts Festival 2018.
This ever popular strand of the Festival is co-curated by Martin Hayes and sees artists from across the musical spectrum spend time collaborating in the Marble City.
This year they will include Martin Hayes Quartet, Camille O’Sullivan, Maya Youssef, Liz Knowles, Glen Hansard, Liam Byrne & Cleek Schrey each of whom will perform during the festival. The eleven days and nights of Festival magic will draw to a close in St Canice’s Cathedral with a farewell feast of music, poetry, song and dance in the Festival Finale. To book tickets and find out more go to kilkennyarts.ie

Not content with the runaway success of The Gloaming, in recent years Martin Hayes has formed another new group dedicated to pushing the boundaries of traditional music. The Martin Hayes Quartet adds Doug Wieselman’s bass clarinet and Liz Knowles’ viola d’amore to the legendary partnership of Hayes’ fiddle and Dennis Cahill’s guitar to create radical new takes on familiar tunes. Since its appearance at the 2016 Festival the quartet has released a stunning album, The Blue Room, and now it returns to St Canice’s for another thrilling blend of tradition and innovation. Date: 16 August Venue: St Canice’s Cathedral Time: 7.30pm. Tickets: €30/€27

It was while she was living in Berlin that a young UCD architecture graduate became intrigued by the ‘art songs’ of the great Weimar composers and embarked on a radical change of career.
Since then Camille O’Sullivan has made her name as a captivating live performer, equally capable of driving an audience into raptures or bringing a tear to the eye. Her bold interpretations of everyone from Jacques Brel to Nick Cave wring every drop of drama from a song and, backed by a full band, she is sure to hold the Set in the palm of her hand. Date: 17 August Venue: Set Theatre Time: 10pm. Tickets: €25

‘You’re a girl. Just forget about it. This is an instrument played by men.’ That’s what a nine-year-old Maya Youssef was told when she first discovered the qanun. Decades later, Youssef is one of the few female virtuosos of the 78-string, zither-like instrument popular throughout the Arab world. But it was only after war broke out in her native Syria that she began to compose. The result was Syrian Dreams, an album whose mix of traditional Syrian music with jazz and flamenco has been met with rave reviews. For this magical concert, Youssef brings her unique sound to the Set, accompanied by cellist Barney Morse-Brown and percussionist Elizabeth Nott. Date: 16 August Venue: Set Theatre Time: 10pm Tickets: €25

Trained in classical violin but steeped in Irish traditional music, Liz Knowles is the perfect Marble City Sessions artist. As comfortable playing classical violin in Carnegie Hall as Irish fiddle in Riverdance, Knowles’ distinctive sound mixes the fire and finesse of Irish fiddle music with the tonal richness of classical violin. In advance of her appearance with the Martin Hayes Quartet, Knowles comes to Rothe House for this atmospheric late-night concert, performing both traditional tunes and her own compositions. Date: 14 August Venue: Rothe House Museum & Gardens Time: 10pm Tickets: €19/€17

Glen Hansard
In the since his memorable performance as Outspan, belting out classic soul tracks in The Commitments, Glen Hansard has secured his place among the great Irish singer-songwriters, fronting two hugely successful bands (The Frames and The Swell Season), releasing a series of acclaimed solo albums, including the Grammy- nominated Didn’t He Ramble, and starring in Once, the film that spawned an Oscar-winning song and a Broadway musical. Whether singing a capella or backed by his band, Hansard’s voice is an instrument to behold and his impassioned performances always go down a storm. Date: 18 August Venue: Set TheatreTime: 9pm Tickets: €30

Liam Byrne & Cleek Schrey
Liam Byrne and Cleek Schrey are both string players known for exploring the outer edges of their fields, excavating sonic territories that span more than seven centuries. Cleek, a traditional fiddler from Virginia, specializes in unearthing archaic fiddle tunes from the Appalachian mountains and can also be found improvising amongst the cutting edge of experimental musicians. Liam is a virtuoso performer on the viola da gamba, an early baroque hybrid of the guitar and the cello. In addition to interpreting the original repertoire, he regularly commissions new work for the instrument. In this intimate performance at Rothe House, Liam and Cleek combine their shared interests in obscure repertoire, improvisation, and sonic exploration to create something that is both deeply rooted in the past and entirely new. Date: 19 AugustVenue: The Parade Tower Time: 11am Tickets: €19/€17

For more information and tickets, find full details at kilkennyarts.ie