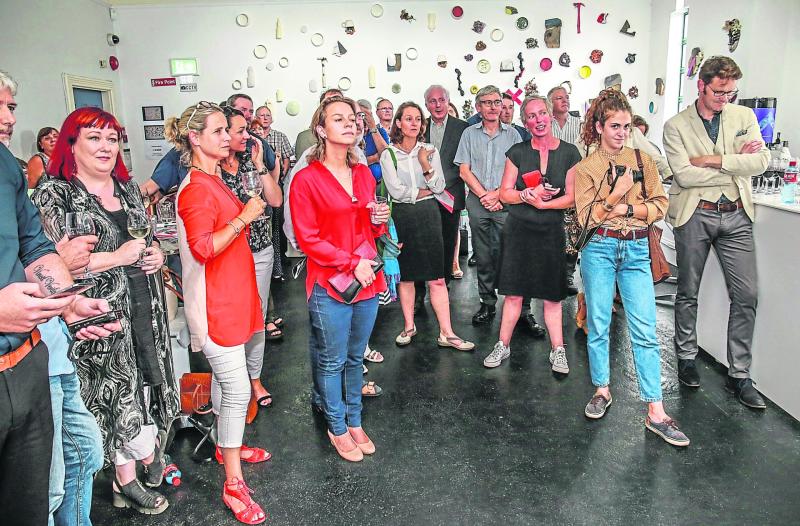 What a trail of music awaits this week!  Wherever you turn there’s bound to be a solo act or band waiting to enthral you.

Amid all the usual offerings the Alternative Kilkenny Arts Fringe Festival is underway and the Kilkenny Arts Festival kicks off.  Throw in some other extras, and there really is something to suit everybody.

On Thursday catch Hedge Schools with Tim V Smyth at The Tholsel (City Hall) from 7pm. Opera Collective Ireland opens its run of The Return of Ulysses at the Watergate Theatre from 7pm.

The Sofa Sessions roll on at Billy Byrne’s Bar this week serving The Mushburgers from 9pm. While the hugely talented Pierce Turner plays The Hole in the Wall’s Archer Room at 9.30pm.

Friday looks at Brahms and the Irish Connection at the Parade Tower from 3pm and Finghin Collins has a sold-out show at St John’s Priory from 5pm.

Richie Healy teams up with Elise Ramsbottom, Ger Moloney and more for a free gig at Hackett’s Lounge from 6.30pm.

No! and special guests Rigmarole take over Ryan’s Bar from 8.30pm with Sweet Freedom at the same venue from 10pm.

Also that evening you can choose to enjoy Isembard’s Wheel at Brewery Corner from 8:30pm, Reel to Reel at Paris Texas from 10pm and, at the same time, Declan O’Rourke entertains at Set Theatre at Langton’s.

Saturday starts with Rock Against Racism at midday at St Canice’s Community Hall.

There’s Brahms in the Afternoon with piano trios & quartets from Finghin Collins, Katherina Hunka, Cian Ó Dúill & Christian Elliott at St John’s Priory from 1pm.  Hard luck if you’ve not got a ticket though as it’s sold out.

Little Green Cars have an outdoor date with the local audience with Ballykeeffe Amphitheatre the venue. Gates open at 7pm with show time an hour later.

Find a focus on Monteverdi’s Italy looking at the rise of instrumental music at St Canice’s Cathedral from 8pm. There’s a night of noise at Brewery Corner from Moot, a Kilkenny and Cork based art an d music collective, record label and zine publishing house, from 8.30pm.

Martin Lacey plays the bar at the Home Rule Club while there’s music & dancing with Dermot McConnell at the Rhu Glenn Hotel in Slieverue from 9pm.

And one of Kilkenny’s most loved acts, Rarely Seen Above Ground (RSAG) is at Billy Byrne’s from 9.30pm.

The Mark Bolton Band is joined by support from The Mark Kelly Project at Hackett’s Lounge from 8.30pm. The Sacred Hours offer Renaissance choral works with Peregryne at St Canice’s Church from 9pm.

Monday’s Brahms in the Afternoon sees Christian Elliott and Finghin Collins teaming up for cello sonatas at St John’s Priory at lunchtime.  Again, tickets are gone for this event.

If Bach’s more your style then St Canice’s Church is the venue for you at 7.30pm. There you’ll find Johnny Gandelsman & the complete violin sonatas & partitas.

The Sofa Sessions offer the Chris Guilfoyle Organ Trio from 6pm at Billy Byrne’s Bar while the same crew from 10pm has a club set with John O’Gallagher. If you’d rather some Beethoven, then catch the Irish Chamber Orchestra at the Watergate Theatre from 8pm.

So much to see, plenty to do – make sure you get out & enjoy yourself!