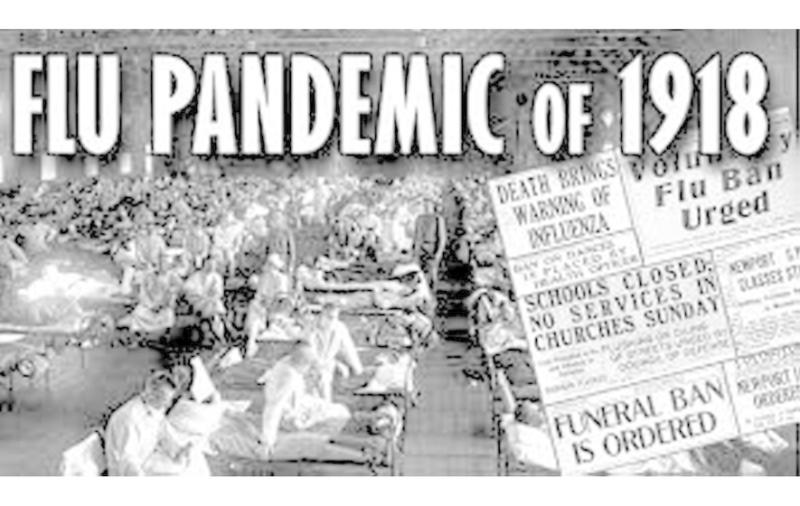 South Kilkenny Historical Society Lecture will host a lecture ‘Influenza, War and Revolution in Ireland’ by Ida Milne at 8pm on Thursday, November 29 in the Parish Hall, Mullinavat. Admission for non-members is €5. All welcome.

2018 marks the 100th anniversary of the 1918 influenza, the worldwide pandemic that swept the world and wreaked havoc in its path. Also known as ‘The Spanish Flu’, it is estimated that at least 50 million people died after becoming infected with this virus.

In the United States, life expectancy fell by approximately 12 years and it was unusual for it typically hit previously healthy people between 20 and 40 years old. It came in three phases or waves and didn’t spare well known figures on the world stage such as Lloyd George and Woodrow Wilson.

The 1918-9 Influenza that came to Ireland during a time of great turbulence and change is the subject for the final lecture of South Kilkenny Historical Society in 2018.

The lecture, by Ida Milne, is based on her recent publication ‘Stacking the Coffins – Influenza, War and Revolution in Ireland 1918-19.

Ida, originally from Ferns, Co. Wexford is currently lecturer in European History at Carlow College. She worked in the newspaper industry and as a travel journalist before returning to education in 2000. She was awarded the prestigious Irish Research Council Marie Sklowodska Curie Actions Elevate fellowship in for a project exploring the impact of infectious diseases on childhood in Irish society over the course of the 20th Century.

Ida is vice-chair of the Oral History Network of Ireland, and a member of the History of Science, Technology and Medicine Ireland Network. She is also a member of the Historical Sciences Committee of the Royal Irish Academy and represents the Academy on two international bodies for the history of science. She is co-chair of the European Social Science Conference (Health and Environment) and serves on the 2018-2021 International Committee of the Oral History Association (US).