Ultimate Garth Brooks tribute set for date at The Tower 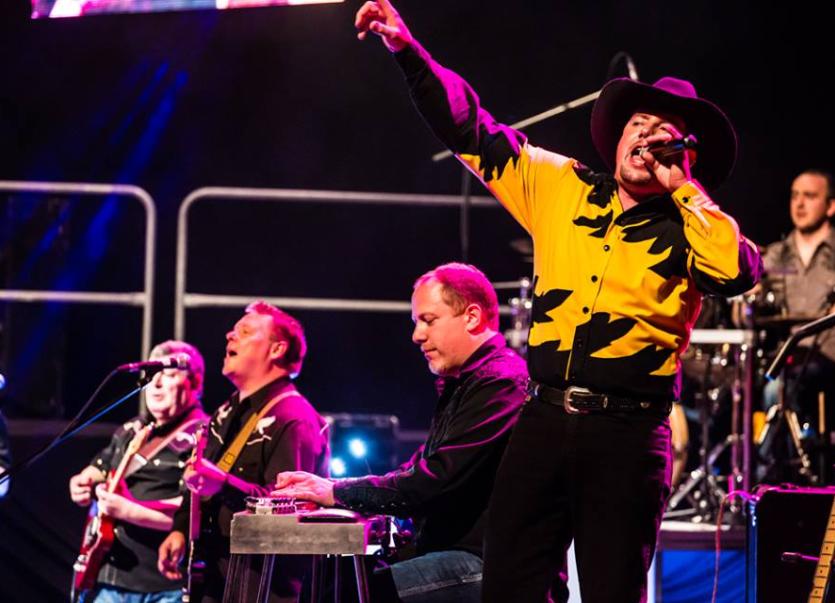 Trevor Smith and his band Friends In Low Places

Trevor Smith and his band Friends In Low Places will bring their electrifying live show to The Tower at Dinn Rí Carlow on Saturday, March 30.

Friends In Low Places – The Ultimate Garth Brooks Experience - is a touring production, which features an eight-piece band, fronted by Garth Brooks lookalike and soundalike, Trevor Smith. Trevor and his band are recognised as the number one tribute show to the biggest selling solo artist of the 20th Century and have received an overwhelming reaction in venues such as the INEC, The Waterfront Hall, Cork Opera House, Vicar Street and the Bord Gais Energy Theatre. The band have also performed on The Late Late Show.

For fans, this show is a must see and promises to be the next best thing to the man himself. At Friends In Low Places live, you can expect to hear all the greatest hits of the American country-music legend who rose to fame with songs like If Tomorrow Never Comes, Friends In Low Places, The Dance, Baton Rouge, Unanswered Prayers, and many more.

Don’t miss Trevor Smith and his brilliant eight-piece band, Friends In Low Places followed by an 80s/90s disco at the Tower at Dinn Rí Carlow on Saturday, March 30. Tickets, for €15, from Eventbrite, Dinn Rí Reception and at the door. Doors at 10.30pm.