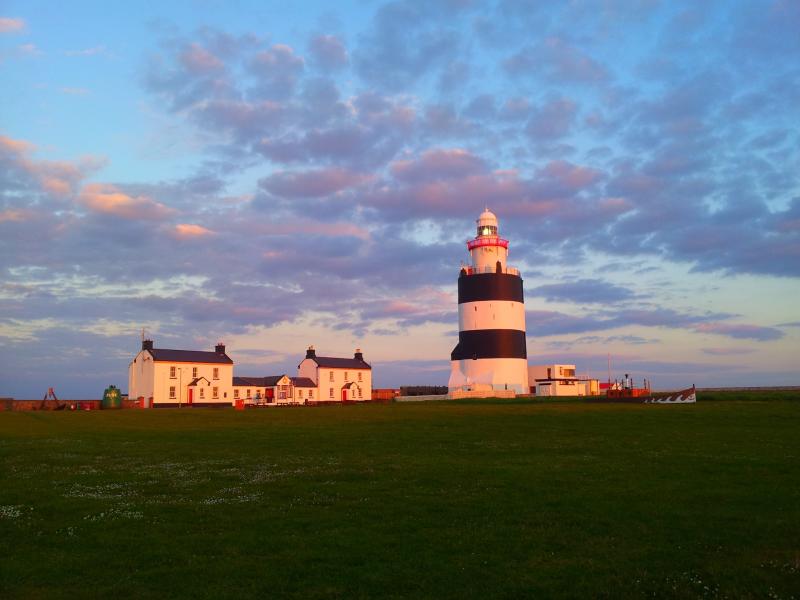 Hooked on the Sea 2019 will be running across the Peninsula, a host of marine-themed events for all ages across the June Bank Holiday Weekend.

As part of the Hooked on the Sea festival, special events at Hook Lighthouse are planned and a very exciting brand new arrival; a newly commissioned Pirate Ship is set to ‘run aground’ a berth at the foot of the lighthouse for all of the boys and girls to enjoy over the festival weekend and all summer long. Captain Hook says the new ship is bigger and better than his previous vessel and has all the mod cons along with the traditional Pirate Ship paraphernalia, such as a plank for new crew members to take a walk from if they don't learn the ropes to his liking! The ship will be officially named on the morning of June 2nd with a traditional smashing of the champagne bottle ceremony using a chocolate champagne bottle.

On the evening of June 2nd, a very special Traditional Fish and Chip Supper event will take place at Hook Lighthouse. Guests can enjoy a bespoke guided tour fo the 800-year-old lighthouse followed by a supper of locally caught fresh fish batter in beer batter and chips including a drinks reception of local craft beers and wines. A limited number of tickets are now on sale for this event at €35.00 per person.

During the June Bank Holiday weekend from Saturday, June 2nd to Monday, June 4th the BBQ will be fired up at Hook Lighthouse,
entertainment will be on offer from Pirate Hook, Pat and Pearl with games on the lighthouse lawns from 12 to 4 daily, a merry go round and swing boats; come dressed as a Pirate to win loot, and join in the Piratey fun and games.

Hooked on the Sea 2019 will be running across the Peninsula, a host of marine-themed events for all ages across the June Bank Holiday Weekend. Activities on and off the water; paddle boarding, boat trips on the estuary, local produce picnics, foraging, sea-themed children’s events and more.

Guided tours are on offer 7 days a week at Hook Lighthouse, sharing with visitors one of the greatest stories on Ireland’s Ancient East. For further details see www.hookheritage.ie