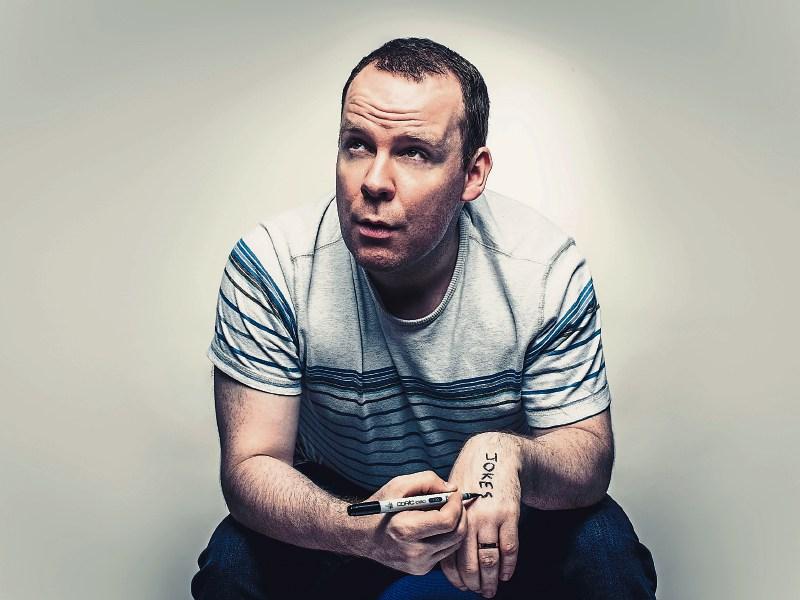 Top Irish stand-up Neil Delamere has announced details of his brand new tour coming to some 50 venues around the island of Ireland, starting later this month and including Langton's in Kilkenny February 6th.

End of Watch kicked off in Wexford’s Spiegeltent on 26th October and will visit Dublin’s Vicar Street, Cork Opera House, Limerick’s University Concert Hall and the Ulster Hall amongst others. Tickets are on sale now; visit www.neildelamere.com/gigs for tour listings and bookings. One of the top acts working in the Irish comedy scene today, the Offaly funnyman is well-known to audiences for his regular television appearance on RTE and the BBC, as well as his sell-out, stand-up tours.

The Irish Times says of Delamere “No TV camera could accurately measure the lightening speed of Delamere’s wit”. Audiences can expect hilarious banter and quick-witted, well-observed comedy at End of Watch which tells the story of Neil trying to buy a fancy watch for his Dad.

Neil returned to Edinburgh Fringe Festival this year where the show garnered rave reviews. He also made his debut on BBC Radio 4’s long-running series, the Now Show as well the ever-popular The Unbelievable Truth hosted by David Mitchell.

While touring End of Watch this Autumn, Neil will also return to a telly near you for the third series of Soft Border Patrol, the BBC Northern Ireland mockumentary set along the border, post-Brexit.  Neil plays head of virtual patrol Niall Sweeney.

Staying with television, Neil will also make a weekly return to TV screens from the end of October in the sixteenth season of the perennial favourite topical panel show The Blame Game on BBC Northern Ireland. Delamere is one of the stars of the show, alongside Colin Murphy, Jake O’Kane and host Tim McGarry.  A sure sign of the show’s breakthrough into common consciousness was its mention (as well as all of its panellists) by name in the House of Commons this year.