“Destined to become an instant classic”: glowing praise for Wolfwalkers at the Toronto International Film Festival 2020 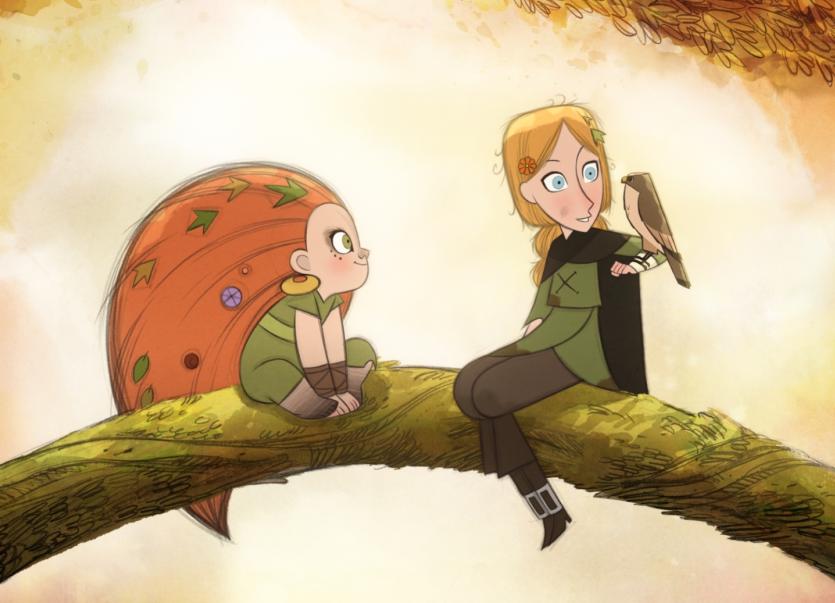 Fís Éireann/Screen Ireland is proud to congratulate Tomm Moore, Ross Stewart and the team at Cartoon Saloon on its World Premiere for Wolfwalkers this weekend.

Critical response to the animated adventure feature film, which was supported by Screen Ireland, has been overwhelmingly positive across the board, with Variety calling it a “stunning artwork for the ages” that “blend[s] ancient Irish folklore with empowering contemporary values.”

The film’s rich and dazzling visual animation, its themes of female empowerment and a stirring, adventure-filled story were all singled out for praise, with predictions that the “animated tour de force” (Indiewire) seems “destined to become an instant classic” (Screen International), as well as speculation on its potential for awards success.

Désirée Finnegan, Chief Executive of Screen Ireland, commented: “Congratulations to directors Tomm Moore and Ross Stewart, and all of the team at Cartoon Saloon on the fantastic reaction to the World Premiere of their film Wolfwalkers at the Toronto International Film Festival. The film is a remarkable achievement with stunning animation artistry and visual design, telling a rich and powerful story immersed in Irish cultural heritage. We can’t wait for audiences around the world to see the film when it is released in cinemas and on Apple TV+ later this year.”

Co-directed by Tomm Moore and Ross Stewart, and written by Will Collins, Wolfwalkers is the third instalment of the animated Irish folklore trilogy from the internationally renowned animation studio Cartoon Saloon, based in Kilkenny. The Apple Original film was produced by Paul Young, Nora Twomey and Tomm Moore for Cartoon Saloon and by Stéphan Roelants for Melusine Productions.

Wolfwalkers follows Robyn Goodfellowe, a young apprentice hunter who journeys to Ireland with her father in a time of superstition and magic to wipe out the last wolf pack. While exploring the forbidden lands outside the city walls, Robyn befriends a free-spirited girl, Mebh, a member of a mysterious tribe rumored to have the ability to transform into wolves by night. As they search for Mebh’s missing mother, Robyn uncovers a secret that draws her further into the enchanted world of the Wolfwalkers and risks turning into the very thing her father is tasked to destroy.

Wolfwalkers will be released in Irish cinemas by Wildcard Distribution and on Apple TV+ later this year.