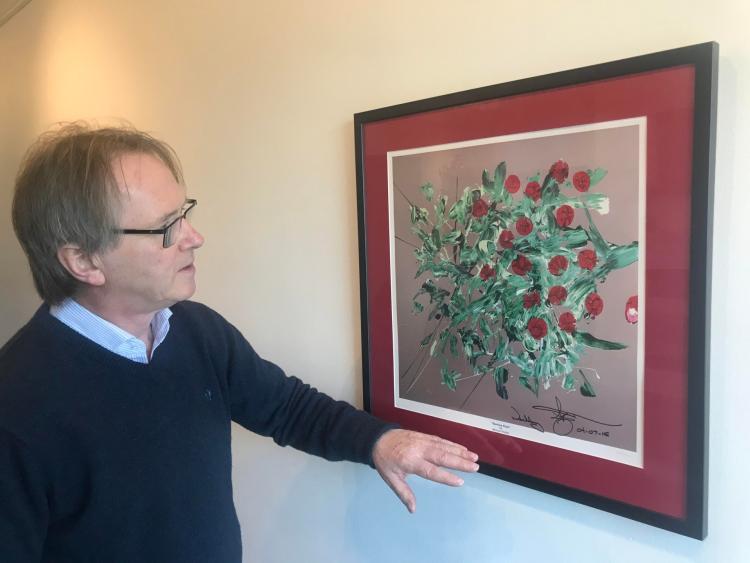 Auctioneer Michael Sheppard with Opening Night, which goes to auction on November 27

Opening Night is a signed, limited edition print of an original artwork created by Michael Flatley.

The print was signed by Flatley for his final performance at Wembley Arena in July 2015. On this special occasion, he was joined onstage by two troupes of Lord of the Dance.

In a spectacular finish to the show, the 100 strong cast included a second troupe that joined him for the final number of Lord of the Dance, having just performed across the city on London’s West End.

With an audience of 12,500, the event marked Flatley’s retirement from live entertainment after almost two decades on the world stage.

Earlier that day, Flatley’s feet were cast for the Arena’s esteemed Square of Fame.

Since 1998, he has had a record-breaking history at Wembley Arena, where Lord of the Dance still holds the record of 21 consecutive sold-out performances.

It is part of 700 historic lots on offer from Castlehyde House, the home of Flatley. View the catalogue at www.sheppards.ie.