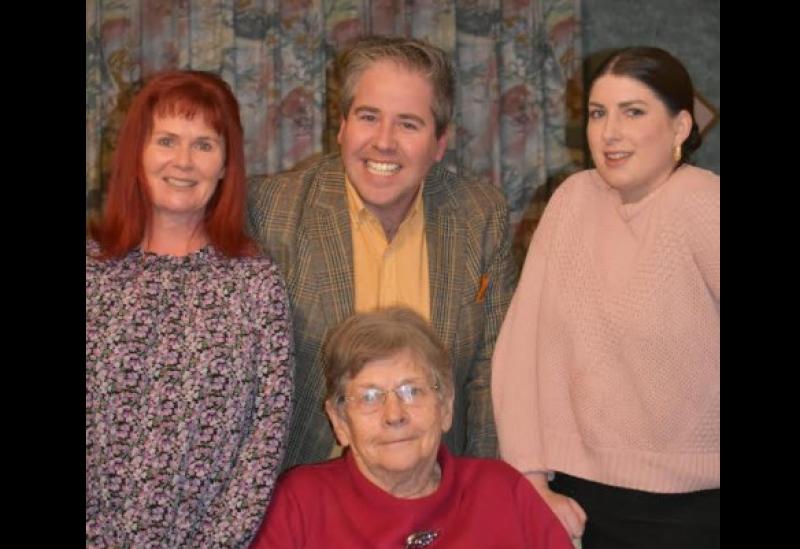 All-Ireland winners, the New Ross Drama Workshop, are hitting the road again.
After a lengthy absence from the stage of St Michael’s Theatre, the group return to the stage again with a performance of their circuit play, before it heads on tour for the One Act Circuit 2021.
The New Ross Drama workshop was formed over 40 years ago and has been to the forefront of the drama offering in New Ross ever since, performing an eclectic range of plays since then including some Irish and American Classics, in house new writing, period dramas and box office comedies.
Director Peggy Hussey leads a very experienced cast of Edward Hayden, Seona O’Connor and Nancy Rochford Flynn into the open section of the festival this year with ‘Wringer’ by Stewart Roche, having been victorious with their production of Notes on Falling Leaves by Ayub Khan Din in 2019.
The plays author Stewart Roche has had this play previously performed as part of the Bewley’s Café Theatre to great acclaim, and the New Ross Drama Workshop (much like the vampires of the horror genre) are looking forward to getting their teeth stuck in it.
The play is an investigative drama which takes a look back at the time of Hammer’s world of horror. When fading movie star and raconteur Jonathan Ravenciffe (Edward Hayden) agrees to an interview with up and coming blogger Elsa (Seona O’Connor), he anticipates an evening of anecdotes about his time with Hammer Horror, working with Roger Corman and acting in cult TV shows from the 1980s.
What he nor his right hand woman, Mrs. Newman (Nancy Rochford Flynn) his secretary, housekeeper and friend hasn’t bargained for is Elsa’s ability to dig deep into his past. A past that may or may not contain a very dark secret... telling us that sometimes when the cameras stop rolling, the horror begins...
Wringer will be performed nightly at 8pm on October 27 and 28 and as always a great nights entertainment is guaranteed.
Booking is available from the box office at St Michael’s Theatre, New Ross on 051-421255 or from st.michaelsnewross.com
After their performance in St Michael’s the group will perform the play in Goresbridge, Naas, Cavan, Letterkenny and Coolgreany.