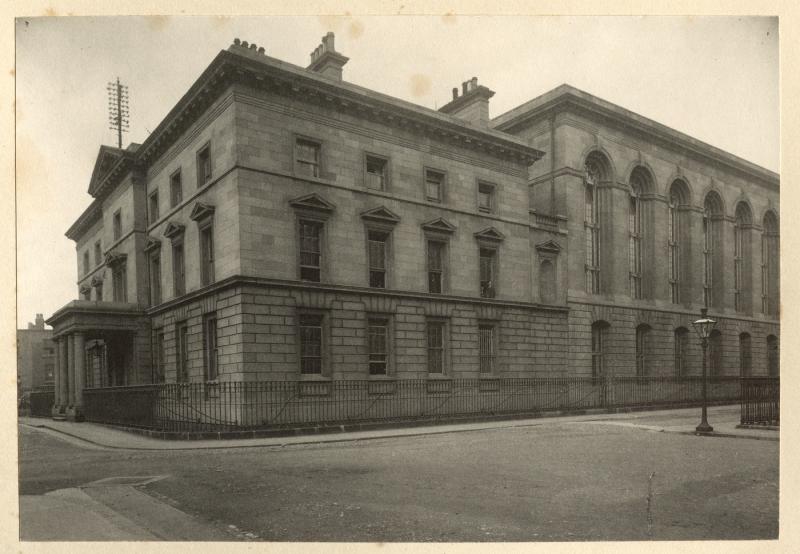 Kilkenny Archaeological Society has announced details of its first lecture of 2022, which takes place later this month.
Dr Ciarán Wallace, Deputy Director of Beyond 2022: the Virtual Record Treasury of Ireland, will present ‘The life, death and virtual reconstruction of the Public Record Office of Ireland’ on January 19.
Pat Nolan, KAS Programming Committee Chairman remarked:
“Through the wonders of modern technology we can get a near re-creation of the Public Record Office and its priceless contents. This major project is making them available again in digital form.”
June 30, 2022 marks the centenary of the terrible explosion and fire at the Four Courts, Dublin, which destroyed the Public Record Office of Ireland (PROI) and, with it, seven centuries of Ireland’s documentary history. While incomparable with the loss of human life, the destruction of the Record Treasury at the PROI was one of the great tragedies of the Civil War.
Now, Beyond 2022 is working to recreate, digitally, this heretofore lost national treasure. This all-island and international research programme combines historical research, archival discovery and technical innovation to track down copies and transcripts of original records destroyed in 1922. Reuniting collections scattered around the globe, the aim of Beyond 2022 is to launch, on 30 June 2022, the Virtual Record Treasury of Ireland — an open-access, virtual reconstruction of the Record Treasury destroyed at the PROI in 1922.
At the lecture Dr Ciarán Wallace will re-introduce the Public Record Office of Ireland to the audience, and outline the fascinating research being conducted by the Beyond 2022 project. Finally, he will give a preview of the Virtual Record Treasury of Ireland, allowing the public to enter the archive for the first time in a century.
Dr Ciarán Wallace has lectured in Modern Irish History at Trinity College Dublin, Dublin City University and Liverpool John Moore’s University. Ciarán was a co-designer of Trinity’s inaugural Massive Online Open Course (MOOC) ‘Irish Lives in War and Rebellion: 1912-1923’ and he has worked on a number of Digital Humanities projects.
This is a lecture by Kilkenny Archaeological Society but all are welcome to attend. In line with present regulations, the lecture will be on Zoom. There is no charge for the lecture. For non-members who wish to attend, please email treasrkas@gmail.com or text your email address to 087/2556096, and a meeting link will be sent to you.