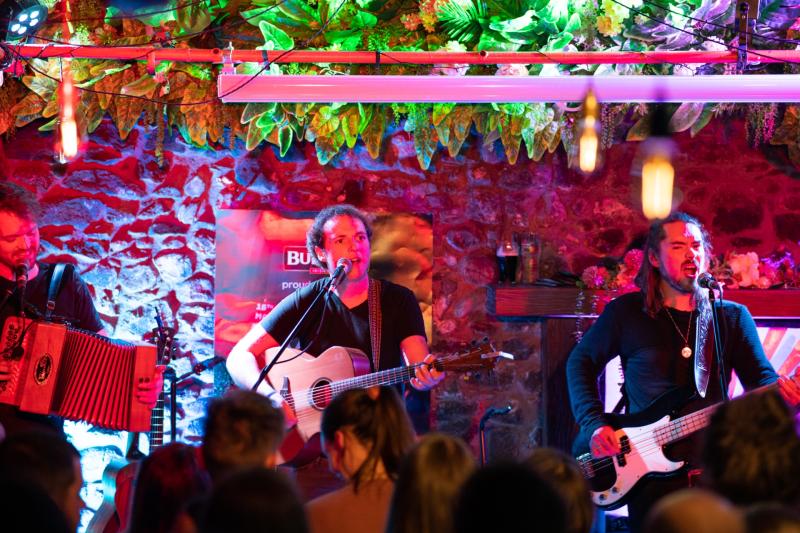 Tradfest Kilkenny celebrated its 10th anniversary in style last weekend as the city hummed to the sound of our ancient traditional music, with sold-out special concerts, free performances on the Canal Square bandstand and magical sessions in the hostelries on the city’s medieval streets.

One seasoned musician described the festival as now becoming like a second Fleadh Cheoil, with musicians casually dropping into each other sessions to swap tunes and stories and the pub’s customers experiencing sessions with up to twenty musicians joining in at times.

Managing Kilkenny Tradfest since its outset, Marian Flannery, described the atmosphere this year as very special:

“It was clear that the country’s musicians were dying to get out and play, socialise and catch up with each other after such a long time away from what they do best. The fact that they sought out each other’s company and freely joined in the sessions is exactly what we had hoped to achieve since the festival began a decade ago.

“The generous sponsorship by our long-standing supporters in Bulmers Ireland made all this possible and the enthusiasm of our local vintners ensured that there was no street in the city which didn’t have a session at some point over the long weekend.”

Chairperson of the festival and publican, Brendan Treacy, said the reaction from customers was overwhelmingly positive:

“Visitors have long stated that access to traditional music is one of the experiences they want to see in our city and local customers equally enjoy music and singing of the quality they heard this weekend.

“We are thankful to all our local businesses who invested in the provision of music over the weekend and we hope they will continue to do so over the course of the tourist season and beyond.”

The other highlight of the weekend were the concerts in the Watergate Theatre, Cleere’s Theatre and the Medieval Mile Series funded by the Local Live Public Performance Scheme, where national headline names played to capacity audiences.

Due to the LLPPS support, all revenue from ticket sales at the Medieval Míle Museum Music Series were donated to Amber Womens Refuge and raised a staggering €9,500.

Such a sizable donation is hugely appreciated and needed by the local charity. Amber Manager Lisa Morris spoke at the opening concert and said ‘highlighting our services, is a huge help to the work we do for the most vulnerable women and families in Carlow and Kilkenny.’

Along with these concerts, a large range of local bands and individual singers and musicians graced the festival bandstand where locals and visitors alike soaked up the talent on offer at the city’s Canal Square for free. This, along with the annual céilí, which took place in the Rivercourt Hotel, with music by the Stríolán Céilí Band and supported by Craobh Osraí of Comhaltas Ceoltóirí Éireann had people dancing.

“The late and wonderful friend of our festival, Ann Marie Hogan, would have been proud as punch and in the heart of the action on Sunday,” according to Ms Flannery.

‘We were delighted that our LLPPS funded events were part of Kilkenny Tradfest 2022 programme and that we were able to use this funding to employ so many musicians, singers and, equally as importantly, the sound, lighting and other production professionals who have sadly been out of work for so long. Also, supporting Amber Womens Refuge with such a significant donation will help them in their crucial work with woman and families in Kilkenny’.

She also thanked Kilkenny County Council, who through its Arts office and the Local Live Public Performance Scheme of the Department of Tourism, Culture, Arts, Gaeltacht, Sports and Media funded and organised two key elements of the weekend’s activities - Festival Bandstand and The Medieval Míle Museum Music Series which ran over five nights.

The Tradfest committee say preparations for Tradfest 2023 will begin in the coming months with the festival now established as one of the major events on the musical calendar.