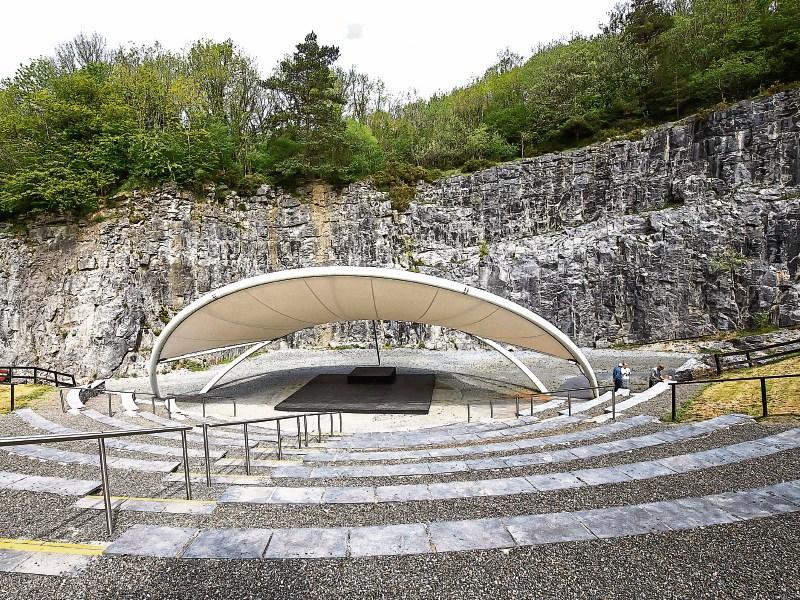 Ballykeeffe Amphitheatre, the setting for many a memorable concert over the years, is to be featured in an upcoming series of RTE's Nationwide.

The programme which was filmed over two visits to the picturesque location will be a shot in the arm for Kilmanagh, Ballycallan, Killaloe, and the community group of volunteers who developed and run the spectacular outdoor venue.

Right now, the group are making final preparations for the  opening concerts of the 2022 season with a mouthwatering lineup of folk and trad acts this coming Saturday, June 25, beginning with Kilkenny's finest Reel to Reel, who are making their debut at the venue. Over the course of the afternoon they will be  followed by Cormac Begley, Ye Vagabond, Andy Irvine and Donal Lunny, and to round the day off, leading trad band Altan.

GRAND FINALE
The evening will conclude with grand finale which will see all the singers and musicians of the day coming together for a roof raising session to bring the day to a thrilling ,explosive end.

Tickets are available on www.ballykeeffeamphitheatre.com or on the gate this Saturday. Under-12s go free. Doors open at 2pm.