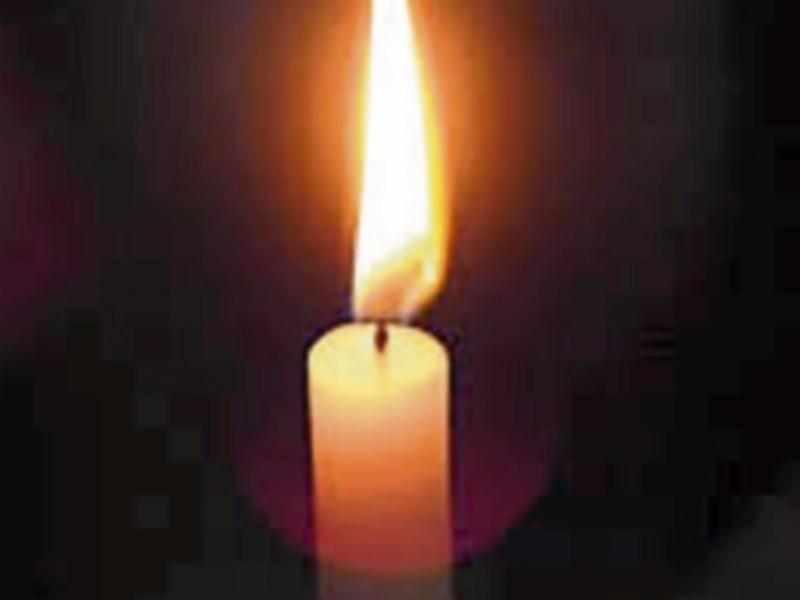 Reposing in Powers Funeral Home Ferrybank on Friday, October 7th, from 5.30pm followed by removal at 7.15pm to St Beacon's Church, Mullinavat. Requiem Mass on Saturday, October 8th, at 11am followed by burial in the adjoining cemetery.

Reposing at Hehir's Funeral Home from 5p.m. on Thursday with Funeral prayers at 6.30p.m. followed by removal to St. Patrick's Church. Funeral on Friday after 11a.m. Requiem Mass to Foulkstown Cemetery.

In his 97th year. Reposing at his residence today, Tuesday and tomorrow, Wednesday from 2pm with removal on Wednesday evening at 7pm to St Nicholas' Church, Tullahought. Funeral Mass on Thursday at 11am followed by burial afterwards in the adjoining cemetery.

Tommy was the father of  current  Secretary of Kilkenny GAA, Jimmy Walsh.

The death has taken place of Muriel Hone,  Castle Road, Kilkenny on 3rd October 2016, peacefully, in the loving care of the staff at Gowran Abbey Nursing Home, beloved wife of the late Oliver and loving mother of Olivia (Goodwillie), pre-deceased by her daughter Diana and grandson Dermot, sadly missed by her daughter, son-in-law Roger, granddaughter Clare and her husband Des, great grandchildren Aaron and Eve, relatives and friends. Funeral Service on Thursday (6th October) at 2.30 o'clock at St. Canice's Cathedral, Kilkenny. Private cremation will follow later.

Reposing at his home from 12 noon on Tuesday with Rosary on Tuesday evening at 8 o'clock. Removal on Wednesday morning to St. Joseph's Church, Foulkstown, arriving for Requiem Mass at 11 o'clock. Interment afterwards in the adjoining cemetery. House private on Wednesday please.

Reposing at Joyce's Funeral Home, Borris from 1pm on Tuesday with removal at 7.10pm to The Church of The Holy Trinity, Goresbridge arriving at 7.30pm. Funeral Mass at 12 noon on Wednesday followed by burial in Mary Queen of Peace Cemetery.

The death has taken place of Billy Shoore, Coon, Kilkenny. Beloved husband of May and father of Bobby, Anna, Mary, Tom, Shiela,and P.J., brother of Shiela and Phil. Deeply regretted by his loving wife and family, daughters-in-law, sons-in-law, his twelve grandchildren and two great-grandchildren, cousins, relatives, neighbours and friends.

Reposing in Coady's Funeral Home, Castlecomer from 3.30 p.m. on Tuesday, with funeral prayers at 7 p.m. followed by removal to St. Brigid's Church, Coon. Requiem Mass on Wednesday at 11 a.m. followed by burial in the adjoining cemetery.

Reposing at Fordes Funeral Home, South Gate Bridge. Removal on Monday (3rd) at 8.00pm to Church of the Immaculate Conception, The Lough. Funeral on Tuesday (4th) after 11.00am Requiem Mass to St. Finbarr’s Cemetery.

Reposing at Carpenter Bros Funeral Home, Barrack St., Carlow from 5 p.m. on Sunday with Prayers at 7.30 p.m. Removal on Monday at 11.15 a.m. to the Church of the Assumption, Paulstown, Co. Kilkenny, arriving for Funeral Mass at 12 noon. Funeral afterwards to Ballingarry, Thurles, Co. Tipperary for burial. Family Flowers only please. Donations, if desired, to Cancer Research.

Funeral Prayers on Monday evening (3rd October) at 6.15pm in Johnston's Funeral Home followed by removal to St. John's Church. Requiem Mass on Tuesday at 10.30am. Funeral afterwrds to Rosconnell Cemetery. Rosary on Sunday at 7pm in funeral home.

Reposing at his home Sunday and Monday. Vigil Prayers and Rosary on Monday evening at 8pm. Funeral arriving at the Church of the Immaculate Conception, Castelcomer for Requiem Mass on Tuesday at 12 noon. Burial immediately afterwards in the Crosshill Cemetery, Castlecomer. Family Time on Tuesday morning.

The death has taken place of Seamus Jones, Glenmore, Kilkenny

Loving son of the late Paddy and Alice and brother of the late Packie. Deeply regretted by his loving family, life long friend Kitty Power, neighbours and friends.

Reposing in Doyle's Funeral Home The Old Rectory, Rosbercon, New Ross from 4pm tomorrow, Saturday 1st Oct with Rosary at 8.30pm. Funeral to arrive at St James Church, Glenmore for 11am Requiem Mass on Sunday 2nd Oct (walking from his residence in Cappagh) with burial afterwards in the adjoining Cemetery.

The death has taken place of Bridget Slattery (nee Travers)  69 St. Kieran's Crescent, Kilkenny City, Kilkenny,  peacefully, at home, in the loving care of her family.

Reposing at her home from Saturday, 1st October. Rosary on Sunday evening at 8pm. Funeral Prayers on Monday morning at 9.15am followed by removal to St. John's Church for Requiem Mass at 10.30am. Funeral afterwards to St. Kieran's Cemetery.