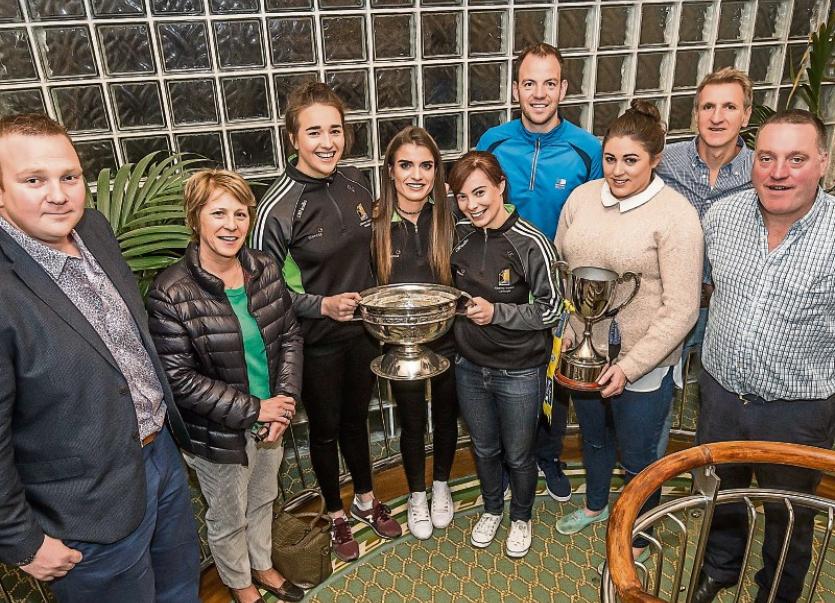 Winning intermediate captain, Áine Fahey said that the county has 22 Senior and eight Intermediate titles under its belt.

“The joint homecoming was fantastic. Camogie was always to the back in Kilkenny and this is hopefully the starting point for all the teams in Kilkenny camogie,” she said.

“We started out at the end of December and we were out training often up to three times a week in all weather. To win the two titles in the same year - that was an historic achievement,” she added.

Meanwhile the Kilkenny Camogie Senior team are also thrilled to be celebrating their recent victory after 22 years. The team is managed by Ann Downey who was involved with, and often captained the squad, during the glory years of All-Ireland success between 1974 and 1994.

Representatives from both teams will accept the award to mark this historic sporting achievement.