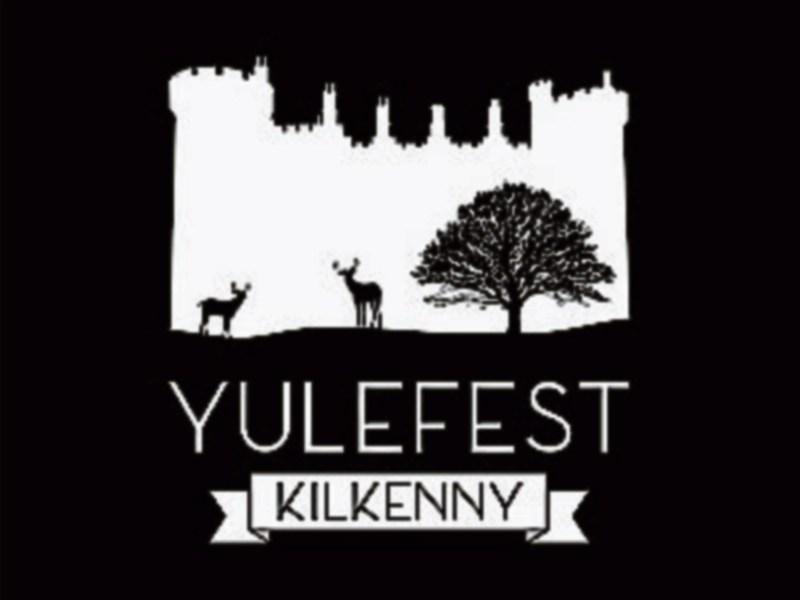 Kilkenny City is renowned for its music festivals and events and this December during Yulefest a host of artists will bring magical performances to the sacred surroundings of St Johns Priory, St Canice’s Cathedral and the newly-restored Medieval Mile Museum .

With renowned acts such a Lisa Hannigan; Brian Deady; Low; Hypnotic Brass Ensemble; The Waterford High Hopes Choir; Little Green Cars and Luan Parle with Clive Barnes there will something to warm every heart and invoke the spirit of the season.

Following the release of their highly acclaimed sophomore album ‘Ephemera’ earlier this year, Little Green Cars close 2016 with an Irish acoustic tour Andrea Keogh Events offers a rare chance to see one of Ireland’s most successful acts in the beautiful surrounds of St Canice’s Cathedral this December during Yulefest.

Brian Deady has been something of a best kept secret for the last year or so, until the release of his second album, ‘Non Fiction’. The album has received wide acclaim since its release.

With deep blues and gospel influences at times Deady sounds more like he was raised in the Deep South than as one of 10 kids in west Cork. His rich, soulful thrum informs his wisdom with consistent clarity and depth topped with contemporary R&B edge.

Lisa Hannigan brings her #1 selling album ‘At Swim’ to Kilkenny this December.

‘At Swim’, Lisa’s third -and arguably most bewitching- album, has received universal critical acclaim since its release in September.  The record was produced by The National’s Aaron Dessner who contacted Lisa about working together last year.

Hannigan struggled at first to write new material for ‘At Swim’. A new relationship meant that she was dividing her time between Dublin and London. There was an acting debut as a mermaid in the Oscar-nominated animation ‘Song of the Sea’, soundtrack work on ‘Fargo’ and the Oscar-winning score for ‘Gravity’, all the while founding and co-hosting the acclaimed ‘Soundings’ podcast.

So while ‘At Swim’ is in part about homesickness and isolation, it's also – profoundly and very movingly – about love.

Tickets: €25 plus booking from www.tickets.ie and Rollercoaster Records.

Ó Raghallaigh's distinctive sound can be traced back to an early interest in both the sound of the flat-pitch uilleann pipes and a love for the traditional music of Kerry and Clare. Aside his solo work, he performs with This Is How We Fly and The Gloaming.

Begley is concertina player from a West-Kerry. He is founder of award winning Tunes in the Church concert series and received the Seán Ó Riada Award for concertina playing in 2014.

Throughout the concert, the pair play a number of very unusual instruments; bass, baritone and piccolo concertinas combining with a 10-string hardanger d'Amore fiddle and Dali-esque 5-string viola.

HBE are seven brothers from the south side of Chicago. They come from an extraordinary musical family. Together they have toured throughout Europe, Asia, Australia, Africa and South America playing with everyone from Prince, Mos Def , Mick Jones (The Clash) and Damon Albarn (Blur, Gorillaz). They’ve performed Coachella, WOMAD AU, Jazz at Lincoln Center, The Sydney Opera House and Carnegie Hall.

The documentary film Brothers Hypnotic, explores their music, work ethic, life and experience of being raised by their jazz legend father Phil Cohran. After screening in major cities and festivals, it aired on PBS. Their song, “War” was featured in the blockbuster hit movie, Hunger Games.

LOW’s 8-song 1999 Christmas EP is often referred to as one of the seminal alternative festive releases and like Santa returning down the chimney each year, is a gift that music lovers return to every winter to get them in the seasonal mood. Originally championed by John Peel, the EP collects 5 seasonally-themed originals by the band and covers of 'Little Drummer Boy', 'Blue Christmas' and 'Silent Night'.

This December fans in the UK will have a chance to see those songs played in the flesh, as the Duluth based trio will pack their sleigh with sonic delights and with the aid of some little helpers, bring joy and reflection .