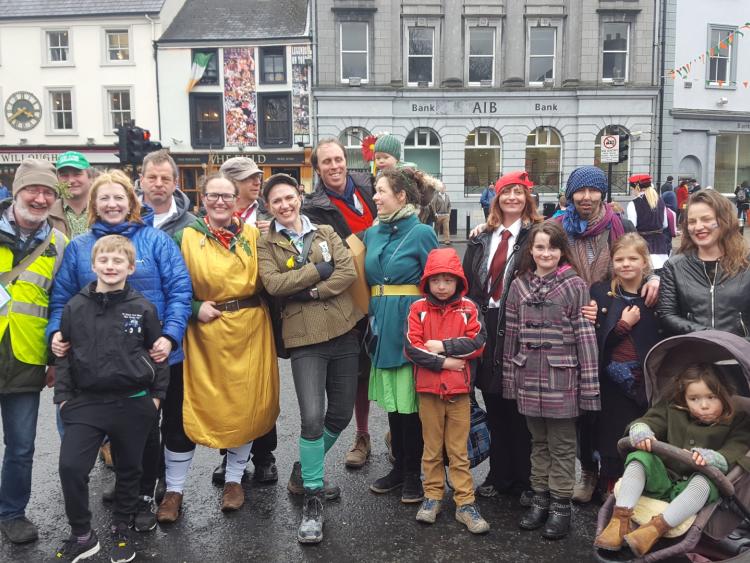 The Creative Callan Group celebrate their wonderful achievement of winning the Best most Creative Float in the Patricks Day Parade in Kilkenny City.