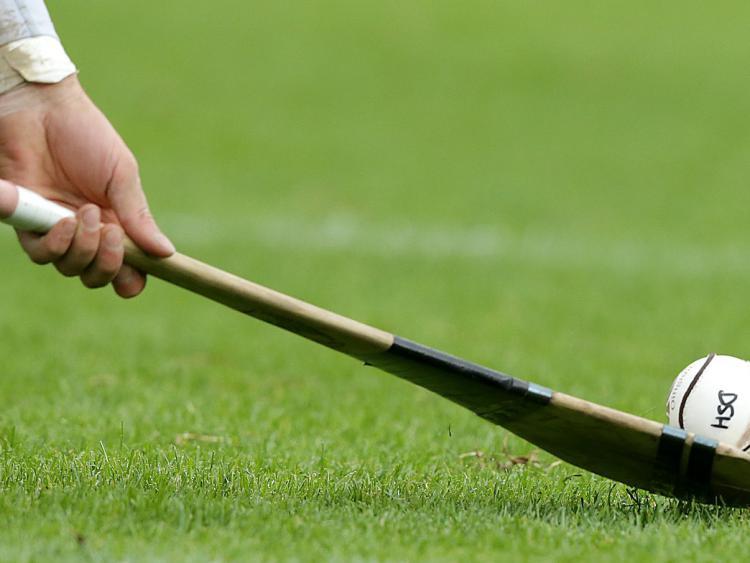 On Saturday afternoon, the U-21 “B” hurlers produced a battling performance in their championship quarter- final fixture against, Dicksboro, before emerging, 1-24 to 2-20 winners, after extra time,  in a high quality contest. As if knowing they were the club’s last hope of county honours for 2018 they fought to the very end,  ---  a Cian Russell point in the dying moments of the game securing them a merited victory over the home club.  Dicksboro, playing with the breeze took a three point lead at 1-06 to 0-06 into the break. Powered by a defiant half back line of Sean Walsh, Eric Kearney and the outstanding centre man, Killian Duffy, the Village brought the game to the ‘Boro and even with impressive showings from half forwards, Robert Butler and Shane Guilfoyle it took a late goal from Jason O’Keeffe to level the game at full time. In the first half of extra time the James Stephens players took full advantage of the breeze opening a four point lead at half time. Once again, a determined fight back saw Dicksboro cancel out the James Stephens lead as the game entered the final minutes. Now, with the final result on a knife edge, James Stephens youngest player, Cian Russell stepped up to the plate with a match winning point to secure a place in the semi-final against, Tullogher-Rosbercon on Sunday next in Thomastown. Well done to all involved.

The club’s A.G.M., will take place on Saturday night in the club’s, Larchfield headquarters starting at 7.30p.m..

Before a large gathering on Wednesday night, club chairman, Paddy Neary read out a list of 36 names, including club players, family members, friends  and supporters of the club who passed away during the year. Paddy also asked the attendance to keep in their prayers club president, Liam Tyrrell and vice president, Dick Coyne both of whom are recovering in hospital from recent health set backs. In a brief  homily before the celebration, Fr. Roderick Whearty offered the comforting thought that “ folk that are remembered are never forgotten”. After mass, a collection was made for the local branch of St. Vincent De Paul Society.

Juvenile Officer, Damian Casey, who will retire at next weekend’s A.G.M., after two successful years at the helm of the Juvenile structures, reports that the U-11/12 age group completed their football coaching sessions on Thursday night and will resume again in the new year. Also, the U-8’s hurlers finished up their season with a final session on Monday night after a great year of coaching and games. Damian, leaves the post after another very successful year for the juvenile section, confident that the future of the club is secure with an abundance of talent coming through the system from under 6 to 13. Damian would like to thank all the coaches, parents and club officers for their tremendous support during  his term in office.

Shop supervisors, Niamh and Angela are anxious to advise, with a view to orders for Christmas “pressies” and to avoid disappointments, that there is a two week lead in time to secure club sports wear that may not be in stock. The shop will be open for business on Friday night from 8p.m..

The  sympathies of the club’s membership were extended to the White family, Sheestown on the death, last Friday, after a long illness, of popular club man and committee member, Jack White.  Jack, a passionate hurling man, liked nothing more than a fire side chat about the fortunes of Kilkenny hurlers under the stewardship of his near neighbour, Brian Cody. Jack himself was a native of The Rower parish and lined out for the parish team, The Rower-Inistioge at senior level back in the 1960’s.  Jack’s son, Tobias continued the tradition, enjoying a successful under-age career, winning Kilkenny championships at schools (1985), U-16 (1989), minor( 1991), U-21 (1993) before lining out, at corner back, in the club’s defeat to Young Ireland in the dramatic, senior finals of 1996. To his devoted wife, Mary, daughter, Margaret, son, Tobias, son-in-law, Denis and daughter-in-law, Ann Marie, grandchildren, Maeve, Ainne and Jack and the extended family we send our deepest sympathies. As a mark of respect, the club provided a guard of honour, as the funeral procession made it’s way to Foulkstown Cemetery, following Requiem Mass in St. Patrick’s church on Sunday morning. “Air dheis laimh Dei to raibh a anam dilis”

The much looked forward to annual Christmas carol concert presented by St. Patrick’s Brass & reed Band will take place on Monday night, 17th December in St. Patrick’s church. The band under conductor, Kevin Connolly will play from their large repertoire of carol music in keeping with the upcoming festive season. All are welcome

The annual team pool tournament is well under way. There was an initial entry of seventeen teams in the popular annual team competition. The teams that have secured their places in the 2nd round include Egan’s Bar, Bridie’s Bar, James Bateman, The Orchard, The Left Bank, Eoin Dunne’s team, The Village Inn and the winners of the final 1st round fixture between Malzard’s and Pat Carroll’s side.

This week’s numbers were 14 : 16 : 21 : 29. There was no winner. Next weekj’s jackpot increases to €2,800. The consolation winners were Julia Brennan, Jim Cantwell, Richie Manogue, Terry Mullaney and Pat Hyland.