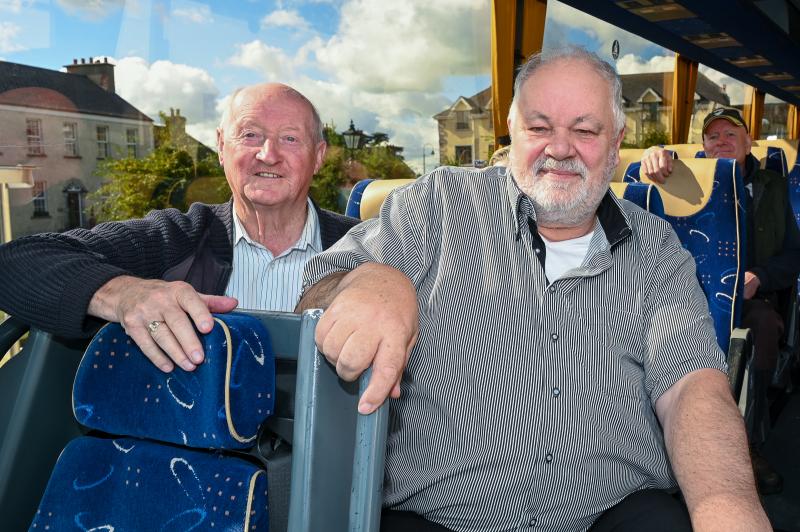 Soaring fuel costs and taxes have forced one local company to shut down it’s service which has been running in Kilkenny for 72 years.

On Friday Buggy’s Coaches ran its last service from Kilkenny to Castlecomer and Kilkenny to Ballyragget.

Owner Denis Buggy said the he ‘couldn’t stay going’ with the ever increasing costs involved in running the service.

“The Government never levelled the pitch for us. The TII and Bus Eireann pay no VAT and we have to pay VAT on everything and the costs have gone up massively. The Government are forcing me to pay taxes that they won’t pay themselves,” he said.

Mr Buggy also says that local bus companies have campaigned for years for proper signage and a designated pick up point adding that the lack of both has had an adverse effect on his business.

“When they imposed the new transport system they did not link up with the private bus companies,” he said adding that the lack of a designated parking area for local buses was also problematic.

“We had to drive up to the Castle Road and hope that there would be a space available. There was no formal place to pick up for local buses and because of this people stopped travelling.”

Bus services between Kilkenny-Castlecomer, and Kilkenny-Ballyragget, operated by Buggy’s Coaches were suspended indefinitely from September 16.

It’s the first time the service will not run in the company’s 72-year history, with the route running continuously since 1950.

“We have been in discussions with the Dept of Transport for months and they inform us that there is no funding available now or proposed to any private bus service and they have many people like ourselves who have to suspend operations due to the cost of operation being now much greater than revenue,” said Denis Buggy.

Part-time bus driver, Richard Preston said that the loss of the service would be a huge blow to many people in North Kilkenny who used the route regularly.

“It was a very important service and for many people it was a social outing and it got them out of the house. I am very disappointed to see the service go especially when so many people relied on it,” he added.

Mr Buggy said the company has also spoken with other providers who are downsizing, with some halving their routes to try and stay in business.

“We will continue to operate tours and day trips for our clients and the company will continue in this area following the sale of the local bus fleet,” Mr Buggy said.

Following the announcement that Buggy’s Coaches have suspended their 890 and 891 services the National Transport Authority (NTA) has announced that is funding a bus service between Castlecomer and Kilkenny, operated by TFI Local Link Carlow Kilkenny Wicklow.

The NTA-funded service will operate two services each day. One will leave Castlecomer at 07:45 for Kilkenny and one will return from Kilkenny from 17:45 to Castlecomer. This service is a temporary measure and has been put in place with immediate effect to ensure that people retain the ability to travel to work in Kilkenny by public transport.