Vote for YOUR Player of the Month!

Comerford, Walsh and Hogan in the running for October award 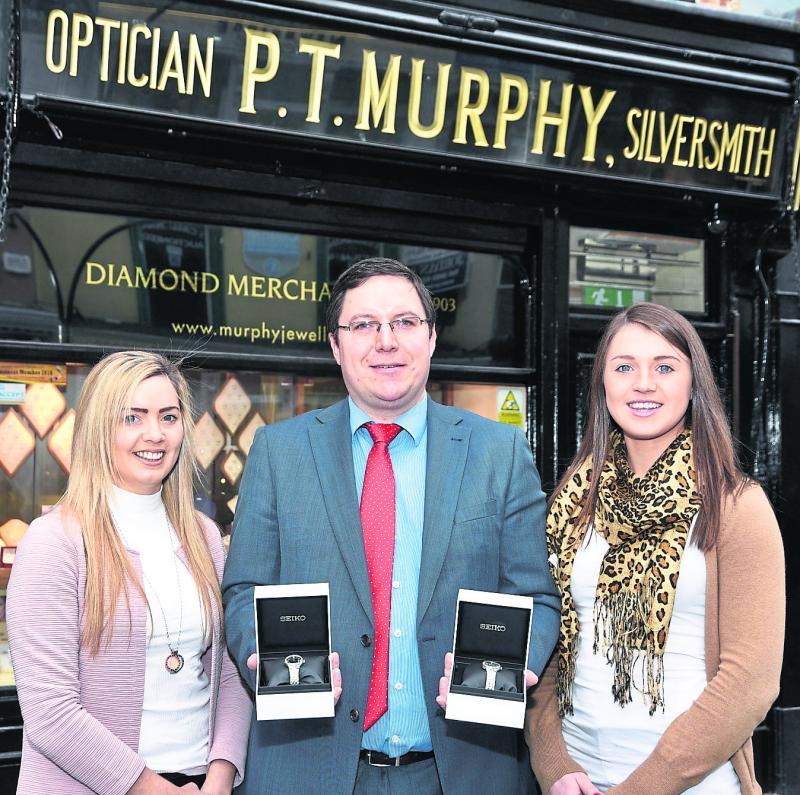 Kilkenny camogie stars Keeva Fennelly and Julianne Malone were the joint winners of the POTM award for September. Who'll take the spoils for October?

MARTIN COMERFORD
The former Kilkenny attacker enjoyed a top class run of form and starred in victories over James Stephens, the Rower-Inistioge and Ballyhale Shamrocks as O’Loughlin Gaels won the senior title.

WALTER WALSH
Walter Walsh has been Tullogher-Rosbercon’s main man all season. He literally dragged the team through the intermediate semi-final and into the decider against Carrickshock, scoring a cracking goal on the way.

RICHIE HOGAN
The fact Danesfort retained their senior status was down to the finishing power of the Kilkenny star. He scored 0-13 as Danesfort beat Fenians (Johnstown) in the replayed relegation final. He scored 0-10 in the drawn game.

The last Seiko watch to be won this year is up for grabs, this time for the review of the month of October.
It was serious championship time, for the winning of titles and in the battle against relegation.
There were plenty of contenders, so get your thinking caps on and vote for the player of your choice.
Martin Comerford, Walter Walsh and Richie Hogan are the contenders this time.
All produced very special displays during October, and your votes will decide who was the best of the lot.
The Murphy Jewellers/Kilkenny People promotion will return early in the New Year.
For now, thanks for your help and support, and all the best for Christmas and the New Year.