A Kilkenny community celebrated a very special occasion on Saturday as the inaugural Con Downey Perpetual Cup was awarded to a deserving recipient.

Con Downey was associated all his life with the publicly owned and community developed Waterbarracks, The Butts community housing area and Kilkenny schoolboys’ soccer. READ MORE BELOW 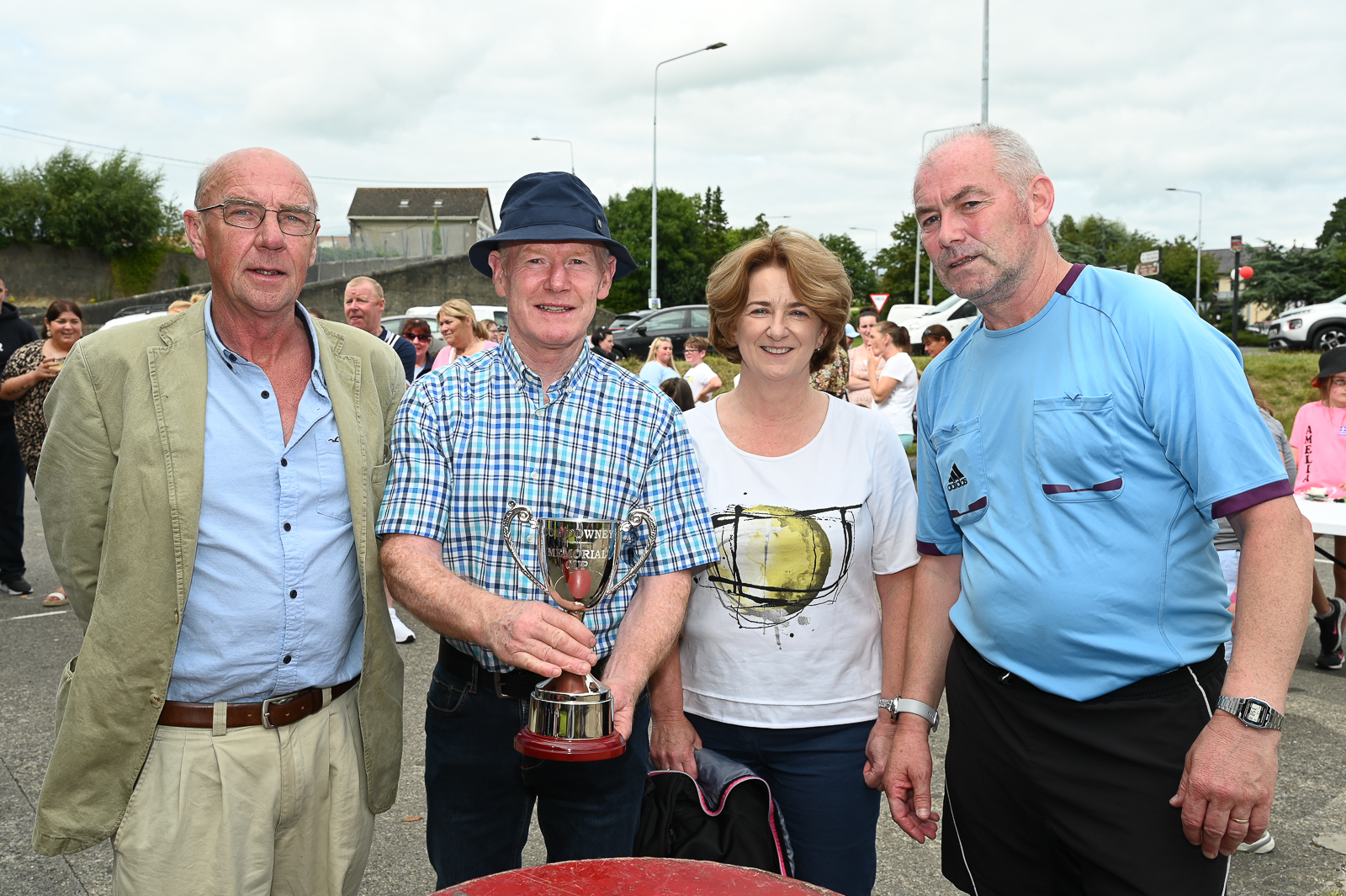 Con - one of the founders of Kilkenny’s schoolboys’ soccer league - was remembered by local Butts families who attended a Family Fun Day and watched a memorial match played out between the ‘auld fellas’ of the old St Canice’s soccer team against the ‘young lads’ of the recently re-formed team.

At the end of the game, the Fr McGrath Family Resource Centre-sponsored Con Downey Perpetual Cup was awarded to local parent, David Clifford, as was fitting. Davie would have been one of the 12 - and often more nine and ten-year-olds - who Con famously managed to cram into his little blue Datsun to bring to matches.

"Not only was Con fondly remembered by local families and players for his lifetimes work for schoolboys’ soccer, but people remembered how often he was there on their doorstep to help families when they were struggling," he said.

Ollie Falsey, former local Butts resident and now a project worker in the neighbourhood hall, was one of the local soccer club committee organisers of the event that included children’s field races and many other family fun activities.

Ollie thanked local people for turning out and supporting the event.

"We couldn’t have made this happen but for the generous sponsorship and support we got from so many people and the Butts volunteers, young and old, who made the family day such a great success," he said.

He said the club would like to thank the Fr McGrath Centre for sponsoring the Con Downey Perpetual Cup and for the treats given out to children at the family event. He made a special thanks to Mauro from Joe’s Chipper in Dean Street, who not only generously sponsored all the burgers, hot dogs and drinks provided to local families, but also turned up on the day to cook them himself. The club also thanked local TD John McGuinness for his generous and continuing support for their voluntary community efforts.