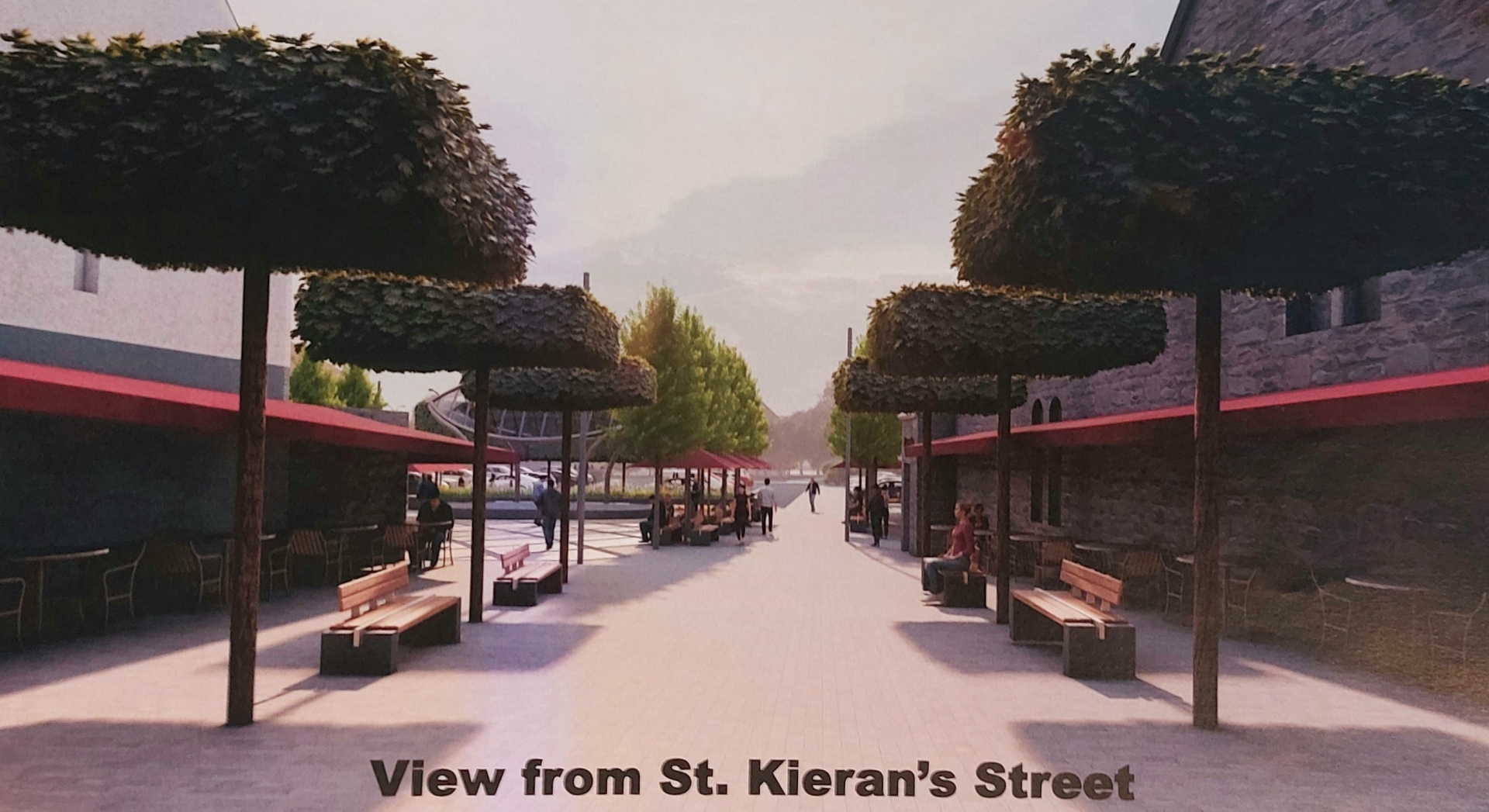 Detailed new proposals for the Market Yard/Kieran Street area were recently revealed to city councillors and will now enter an intense period of public consultation before going forward to the official planning stage.

Twenty-three former car parking spaces are set to be permanently removed from the Market Square area to make way for a raised canopied performance area, bordered on the perimeter with outdoor dining benches.

Trees will be used to define the space and create a sense of enclosure from the surrounding car park and to provide a space with flexibility for events and seasonal markets.

Kieran Street is also set to be enhanced by a landscaping overhaul, new paving and public seating that will enliven the southern end of Kieran Street, between Dunnes Stores and the steps to the Tholsel.

Key to the enlivening of this space, provisionally named ‘Ossory Place’, will be a huge mosaic of a deer on the wall of Dunnes Stores, giving a definitive identity to the area.

The deer was chosen due to the animal’s link to the Ossory name.

A basket weave paving pattern has been utilised in the architectural proposals for the Market Square as an ode to the space’s heritage as an open market up to 1884.

The canopy of the performance area is planned to resemble the shape of a fish, an ode to the market heritage and its proposed proximity to the Nore.

The existing Market Yard car park opposite the courthouse will be made one-way to improve the efficiency of traffic flow and to segregate it from pedestrian and cycling areas.

Some €649,000 in funding for the proposed alterations was allocated to the local authority last year under the Outdoor Dining Enhancement Scheme from Fáilte Ireland.

Approval from city councillors will be sought at next month’s meeting of the city municipal district council before the plans are sent forward to Part 8 planning.