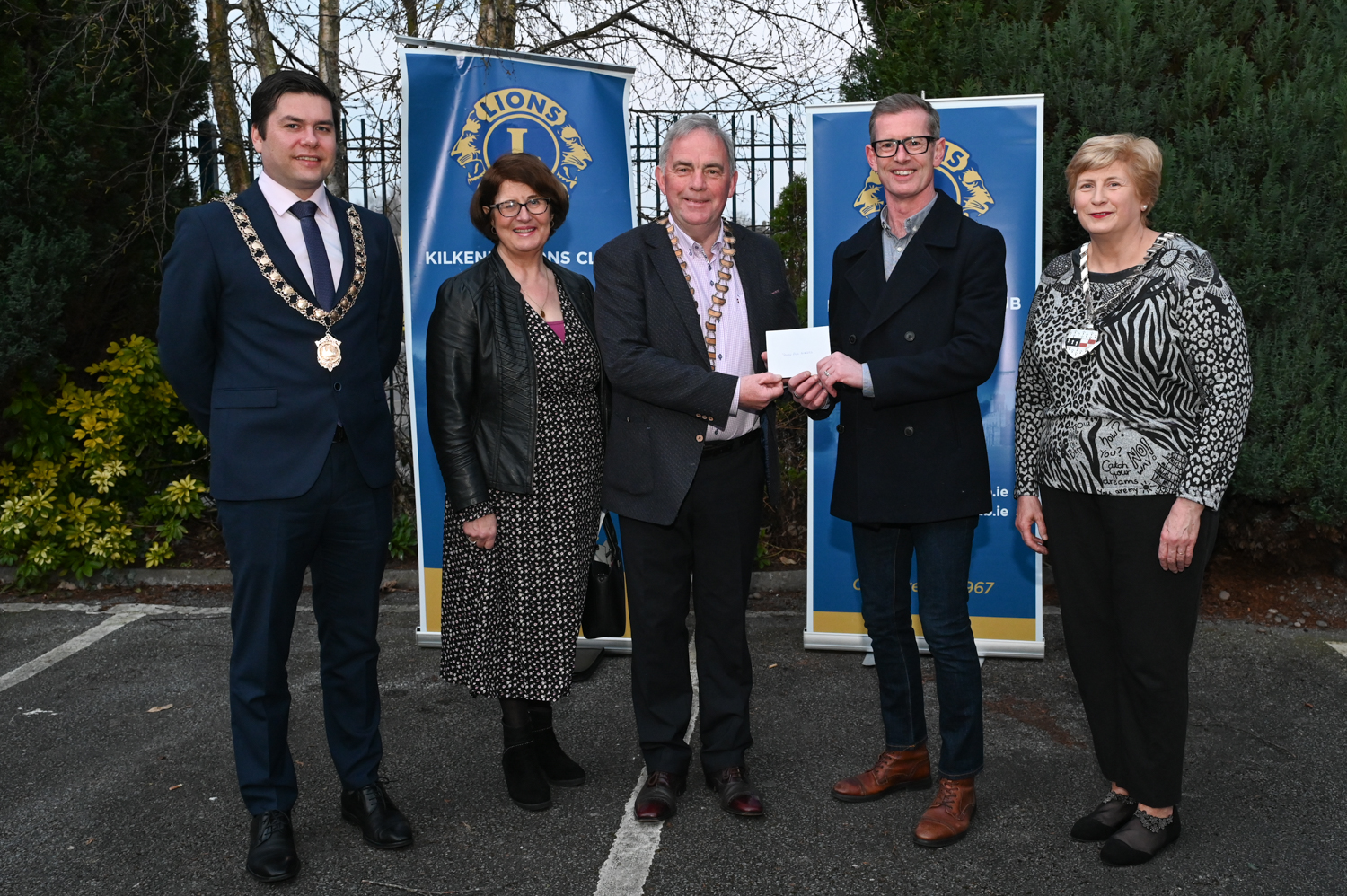 Twelve local organisations from the city and county have received funding from the Kilkenny Lions Club.
George Candler a long time member of the club was MC for the presentation event in Bollards, Kieran Street, Kilkenny last week.

He also expressed the Lions’ gratitude to the people and business community of Kilkenny who have generously supported the various Lions fund raising events, including the Christmas Hamper Appeal auction on KCLR, throughout the past 12 months.
He also thanked Mayor Andrew McGuinness for donating the proceeds of the Mayor’s Annual Christmas Appeal to the Lions Club.

He welcomed representatives from the Kilkenny County and City Lawn Tennis Club to the event and thanked them for donating a considerable amount from their fundraising events to the Lions Club. They were represented by Ivan Powell, Pat Brett and Phil Kenealy.

He referred to the Lions policy of distributing funds throughout County Kilkenny and said that the Lions were very happy to assist such worthy organisations.

He thanked the Lions Committee for organising this event and in particular Philip O’Neill, Marie Kennedy and Philip Tierney.
Cathaoirleach of the Council Fidelis Doherty said that Kilkenny Lions Club has a long history of helping local organisations, with the club distributing over €800,000 to over 100 organisations over the past 18 years. She acknowledged the incredible charity work and community engagement of the Lions Club throughout County Kilkenny.

Mayor Andrew McGuinness paid tribute to the Lions for their great work in assisting local organisations over the years and said that the people of Kilkenny were very thankful to them. He also thanked the voluntary work of the organisations who were receiving cheques, as they play a huge role in improving the services available in their communities.

The mayor said he was delighted to have given the proceeds of the Mayor’s Christmas Appeal to the Lions Club, as he knew how respected they were in Kilkenny and that so many local organisations benefit from their fundraising throughout the year.

RECIPIENTS
The 12 recipients were: