There was a good attendance at the event. In her welcoming address, Joan Cleere said it was great to be back again after an absence of three years. The event was tinged with sadness as the group lost a valued member, Patsy, during the year.

Julie Moorhouse, tutor and friend to the Bennettsbridge group opened the exhibition. Julie said she was proud to be a member of this special band of women and man and although Covid had made things hard at times they had battled on and produced a very fine exhibition. READ MORE BELOW 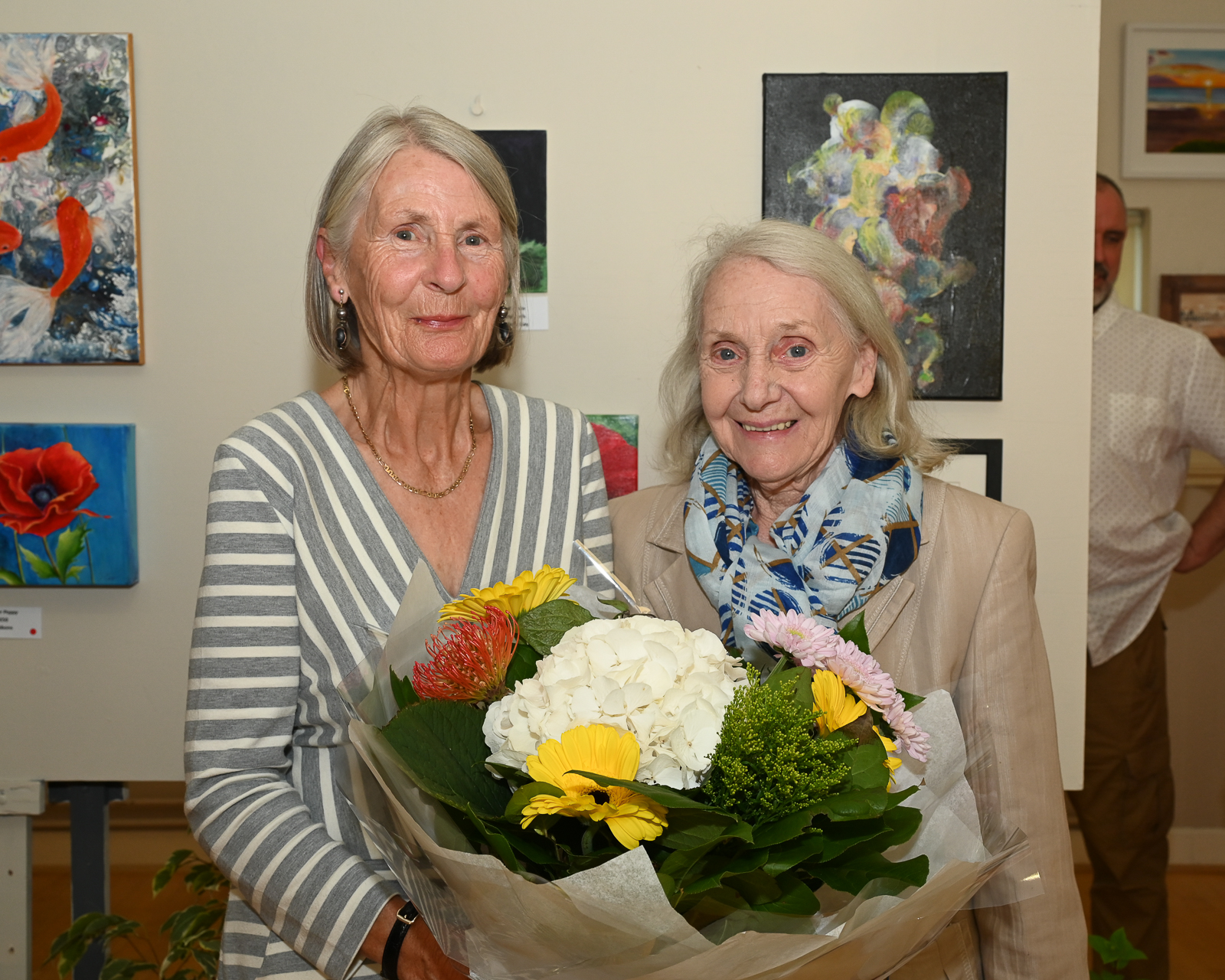 Elma Kharaghani presented Julie with a beautiful bouquet and Anne McLoughlin received a special bouquet in memory of her sister Patsy whose first anniversary was on August 3.

Joan Cleere thanked sponsors, Lamber de Bie, PJ Cullen, Centra, Jerpoint Glass and acknowledged the on-going support of Siobhán O’Brien and the Carlow ETB and the Bennettsbridge Hall Committee. And last but not least, Joan thanked all her fellow artists for their hard work in getting the exhibition together under the guidance of tutor, Julie.

An enjoyable evening was had by all and some sales were made. The exhibition continues all through this week closing on Sunday.