DIY SOS came back to our television screens yesterday evening and the very first episode featured the most challenging build to date in Shambough, on the Kilkenny side of the River Barrow that runs through New Ross. 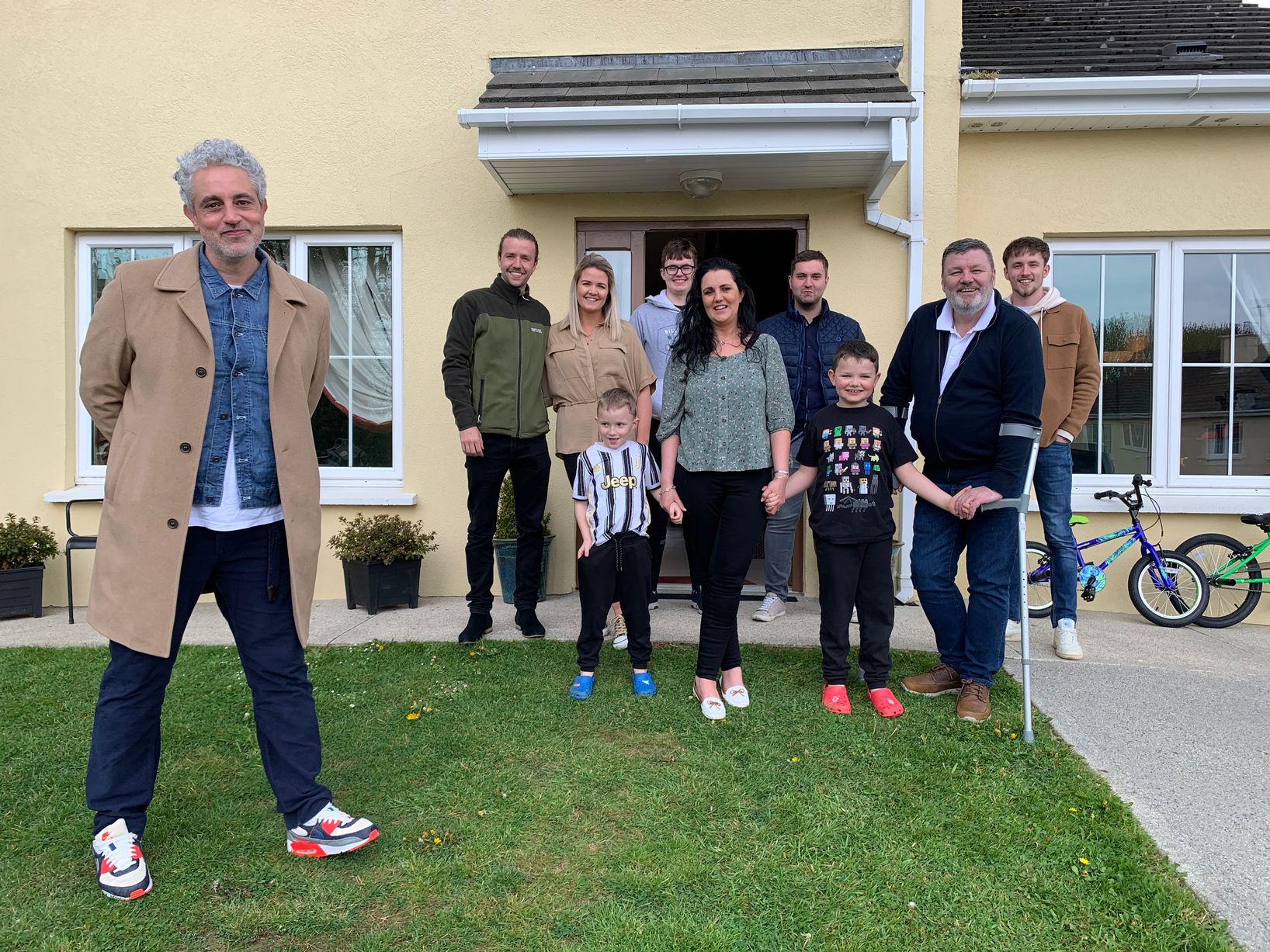 The build started in an empty field, which was gifted to Johnny Alyward by his elderly, bachelor uncle John.

Johnny was diagnosed with Motor Neurone Disease in November 2020, and discovered in early 2021 that he has the most aggressive type.

He and his wife Lynn have two young boys together, one of whom is on the autism spectrum and for whom Lynn acts as full time carer.

They were living with Lynn’s older sons Cian and Aaron, in New Ross, when Johnny was diagnosed and they were left with no means of adapting or owning a house that would cater for him as the disease advances.

Uncle John decided it was time for Johnny to come home to his beloved Kilkenny and so he gave them a field on his land, adjacent to his own house.

The DIY SOS team were more than happy to help Johnny, Lynn and their boys, as well as Johnny’s older kids from his previous marriage, Aaron, Colin and Kelley, to realise their dream to bring Johnny home and build him a house that will provide security and comfort for him and his family throughout his remaining days and into the future for his young family.

Presenter Baz Ashmawy said, "I was absolutely blown away when I met the Aylward family, and am proud to now call them my friends. Anyone who knows Johnny, Lynn and the kids knows what I mean when I say this family is built on heart and laughs and every one of them was a pleasure to get to know.

"Johnny’s a born entertainer and an absolute charmer, and this most challenging build turned out to be a totally heart-warming experience for everyone involved."

If you missed the episode but would like to catch up, it's currently available on RTÉ Player.