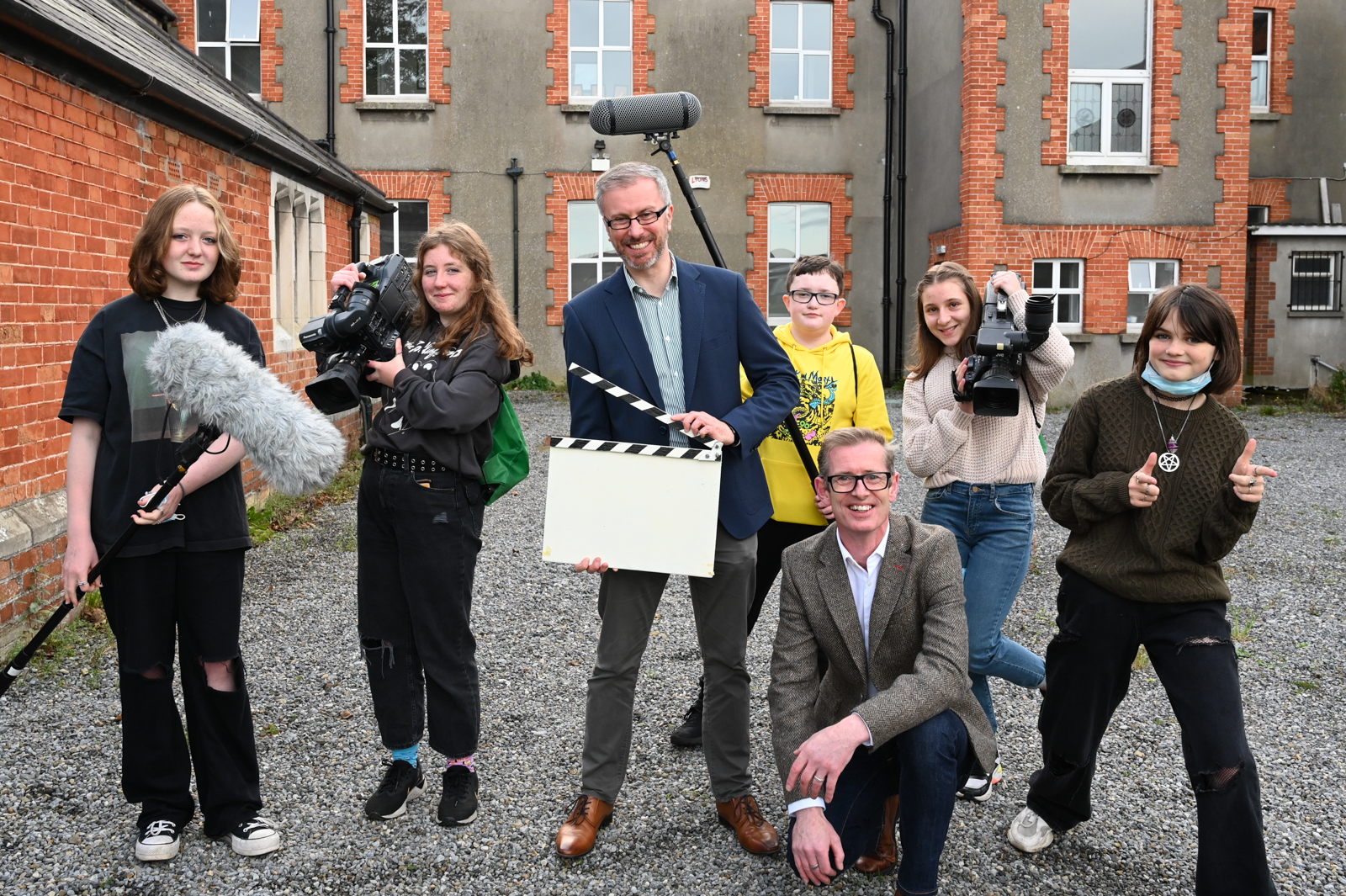 A special event took place in Kilkenny on Friday to celebrate the 30th anniversary of Young Irish Film Makers.

Minister for Children, Equality, Disability, Integration and Youth Roderic O’Gorman attended the event, where he lauded the efforts of all involved.

The group started out as a local youth club with cameras in 1991 in the heart of Kilkenny. It has now grown to become a national centre of excellence for young people interested in filmmaking and animation. Founder of YIFM, Mike Kelly (creative firector) and Angela Walsh (operations) helped so many young people over the decades who have gone on to do amazing things on screen and stage.

Mayor Andrew McGuinness said that what  the YIFM has done for young people in Kilkenny is ‘nothing short of exceptional’. He paid special tribute to a member, the late Ross Costigan, and to founder Mike Kelly.

“I read an old Kilkenny People article this morning from 2016 where Mike described his younger self as lazy, a bit of a dreamer and a rebel who was very proud of the fact that he came from The Butts,” he said.

“That rebel from The Butts was never lazy and the dream that he had, became a reality that has facilitated young people in making their dreams a reality since its incarnation as the Kilkenny Children’s Film Project in 1991. I know Mike had an amazing team with him from the start who all deserve great credit but I think its very important to remember where the dream began.

“Mike, as Mayor, I want to thank you and everyone who helped you along the way, for making such a positive difference in the lives of so many people in Kilkenny through your work at YIFM.”

Young Irish Film Makers are a  national organisation responsible for training and supporting generations of young filmmakers and animators both locally in Kilkenny and across the country through several creative programmes.

Over the past 30 years, YIFM has worked with thousands of young people making films and become such an important part of Kilkenny’s creative heritage, as well as a key player in the national youth arts landscape.