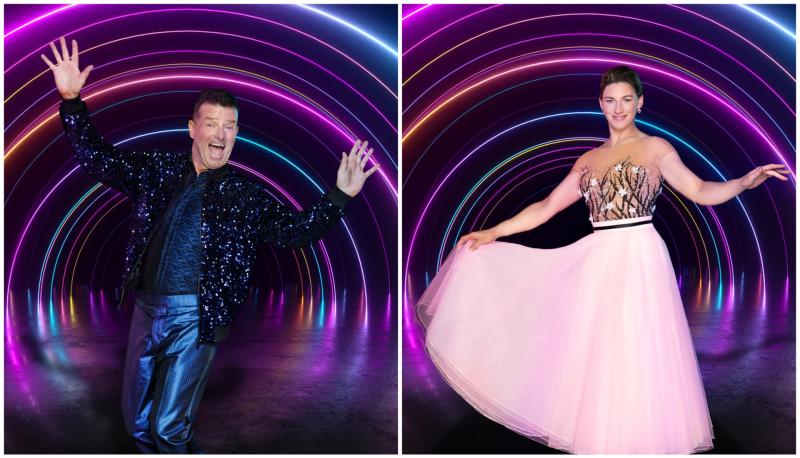 Two more celebrity dancers for this year's Dancing with the Stars, which will begin on RTÉ One in January, have been unveiled on The Ryan Tubridy Show on RTÉ Radio 1 this morning.

Ryan spoke with Aslan’s Billy McGuinness and former jockey Nina Carberry, who will be among the 12 celebrity contestants who will take to the floor for the hit series this January.

Dubliner Billy McGuinness has been the lead guitarist and backing vocalist for Irish rock band Aslan for the last forty years. In fact, 2022 will see the group celebrate their fortieth year in the business with an anniversary tour. Throughout the course of their career, Aslan have had six number one albums including their 1999 offering ‘Made in Dublin’ which is certified as three-times platinum in Ireland. The group is also known for their singles, ‘Crazy World’, ‘This Is’, ‘She’s So Beautiful’ and ‘Shine a Light.’

Billy says: “For the last 40 years, my head has been in the world of music. Now I’m dipping my toe into the world of dance and I’m so excited. It’s a whole new challenge and I’m loving it.”

Widely regarded as one of the greatest amateur jockeys of all time, Nina Carberry enjoyed a terrific near 17-year career in the saddle. A daughter of the legendary Tommy Carberry, Nina emulated her father and brothers Paul and Philip when riding the winner of the 2011 Irish Grand National on Organisedconfusion. It was arguably her finest moment in a career, which also featured seven winners at the Cheltenham Festival.

Nina announced her retirement from the saddle in April 2018. In all, she rode 398 winners in Ireland along with 23 in Britain and 2 in Germany. Nina has two children with her husband, Ted Walsh, brother of jockeys, Ruby and Katie – in 2020 they appeared on, and won a charity special of Ireland’s Fittest Family.

Nina says: “I'm looking forward to being on Dancing with the Stars, Series 5. Although this is something new to me, I'm relishing the challenge. I wish all my fellow contestants good luck!”

Among the other celebrities already announced as part of the 2022 line-up for Dancing With The Stars are Neil Delamere, Aengus MacGrianna, Missy Keating, Nicholas Roche, Grainne Seoige, Ellen Keane and Erica Cody.